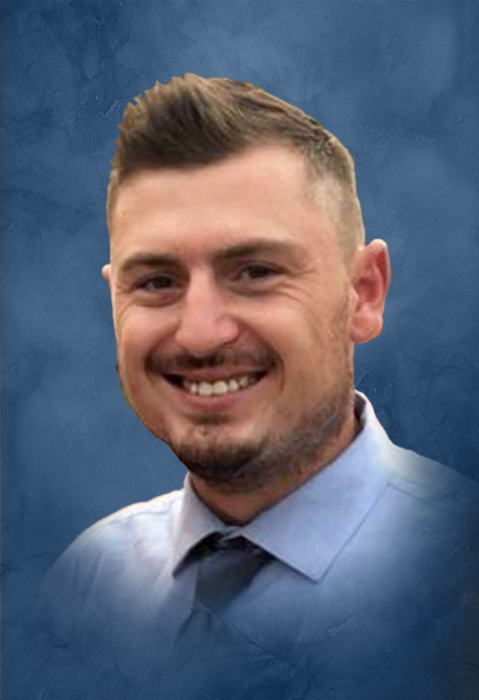 He graduated from Chippewa Falls High School with the class of 2007. Alan owned and operated Midwest Concrete Services in Chippewa Falls. He served his country with the Army Reserves from 2006 until 2012.

Alan was a man of integrity. This was evident in the business he built from the ground up. He put his blood, sweat, and tears into every job he did. He truly enjoyed what he did and held himself to very high standards. This was manifested by the quality of his work. The most beautiful thing about it all is not only was he a hardworking man, but he was so kind-hearted.  He treated every customer like family. Uncle Dave, Uncle Darwin and Grandpa Jerry helped to instill these values into Alan and were always there to lend a hand or offer advice.

When Alan was not working, he spent much of his time hunting with his father and Uncle Steve at his Great Uncle Bob and Great Aunt Ellen’s woods. The hunting season began with the boys constant calls to each other on just how they were going to shoot that thirty point buck. The strategies consisted of scouting for signs of deer, hanging trail cameras on nearly every tree in the woods, food plots, and deciding the perfect spot for their tree stands. In the early years of their hunting, they roughed it. But as the boys grew older, Alan made sure they hunted in comfort and style. On opening day, the boys were up before the rooster crowed to suit up in camo and to cover themselves in a scent only a great hunter could appreciate. After a day well spent in the woods, the boys would head back to the base and crack open a cold one to go over the day. Even after heading back home, the boys usually touched base one last time before heading to bed. Once the season was done, the conversations never stopped, because they began to plan it all over again. The woods, the does, the bucks, the cold ones, the laughs, the love, the memories of the boys will forever be in our hearts.

The love for hunting and for work never kept Alan away from his family and friends. He was a devoted son, brother, uncle, nephew, grandson, godfather, cousin, friend, and boyfriend.  Alan spent many days on the trails riding alongside his parents. The four wheelers endured the dusty trails and soaked in the muddy ones. The stories we could tell. He was always there to lend a helping hand to his father and never failed to remind his mother how much he loved her. He will forever be known for his thoughtful cards and gifts, but most importantly the kind words he spoke to her. Every snowfall he never failed to plow out many of his friends and family. Words will never begin to capture the love Alan showed to his brothers and sister. He was the go to person for each and every one of them. He would clear his schedule to help them with anything, whether it was unloading a treadmill, lending an ear, or a shoulder to cry on. He truly was the world's greatest brother. One of his greatest joys in life was spoiling his niece and nephew with too much candy, toys, and his never ending passion to put a smile on their face, no matter how big or small. He never missed a birthday party, a dance recital, or a moment to remind them just how special they were to him. When he wasn’t with his family, he was with his amazing friends.  Not only were his friends a huge part of his life, but he was a huge part in theirs. He was truly honored to be the godfather to four of his beloved friends’ children.

He will forever be remembered for his beautiful soul, his generous heart and his infectious smile. Until we meet again, know that you will always be in our hearts, deeply missed, and forever loved.

He was preceded in death by his grandpa, Dean; David and Deano Zenner; and grandparents, Barb & Bill Prueher.

The funeral service will be at 11 a.m. on Friday, May 17, at Jacob’s Well Church, 3211 N. 50th Ave, Chippewa Falls, with a visitation beginning at 10 a.m. until the time of the service at the church. Interment will be in Prairie View Cemetery, Village of Lake Hallie with Military Honors conducted by the Chippewa Falls Patriotic Council.  **Please feel free to wear your camo, orange, or your Midwest Concrete “gear”**

To order memorial trees or send flowers to the family in memory of Alan Prueher, please visit our flower store.