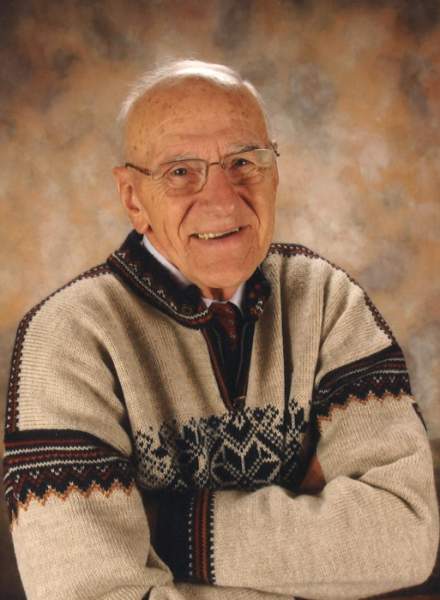 Alfred E. Eystad, 89, of Chippewa Falls, died at his home on Wednesday, December 25, 2019 surrounded by his loved ones.

Alfred was born to Harry Sr. and Phyllis (Thornton) Eystad on August 22, 1930 in Hibbing, MN. He graduated from Chippewa Falls High School, class of 1948. Alfred was united in marriage to Jean Rasmus at Notre Dame Catholic Church in Chippewa Falls on December 2, 1950.

Al spent 20 years in the U.S. Navy, and was stationed at Naval Air bases in Washington, California, Virginia, Florida, Georgia and Maine. He retired with the rank of Chief Petty Officer in 1970 and returned to Chippewa Falls where he worked as an electronics technician at UW-Stout until he retired again in 1992.

Al and Jean settled at Lake Wissota after spending some retirement years traveling with their camper, and there he enjoyed pontooning and watching birds and wildlife. He was a devout member of the Notre Dame Parish, and a loving father, grandfather, great-grandfather and uncle to his very large extended family. He is remembered for his kindness, honesty, big hugs and great sense of humor.

He is also survived by his sister-in-law, Faye Barton of Fountain Hills, AZ; along with many beloved nieces, nephews and other relatives; and his Westie dog buddy Duffy.

Al was preceded in death by his parents; brothers, Harry Jr. and John; wife Jean; and grandson, Jeffrey M. Eystad.

The Funeral Mass will be at 12:00 noon on Tuesday, December 31 at the Church of Notre Dame, 117 Allen St., with a visitation one hour prior to the mass at church. Fr. Jesse Burish will be officiating. Military Honors will be conducted by the Chippewa Falls Patriotic Council following the Mass at Church. Interment will be at a later date in the Scandinavian Cemetery, Town of Woodmohr, Chippewa County WI.

To order memorial trees or send flowers to the family in memory of Alfred Eystad, please visit our flower store.