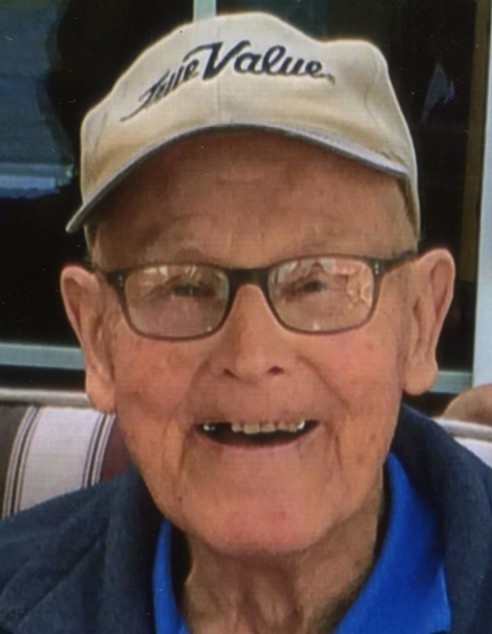 Anthony B. “Tonny” de Wit, 95, of Chippewa Falls, town of Lafayette, died Tuesday, July 2, 2019 at his home surrounded by his family and while under the care of Mayo Hospice.

He was born October 1, 1923 in Hilversum, Holland to Clara (Jacobs) and Wilhelmus de Wit.

Tonny moved to the United States on October 1, 1948 after WWII.  He worked on various dairy farms, followed by 30 years at Falls Dairy in Jim Falls, until retiring in 1986.

Tonny and Carol lived almost all their married life on Lake Wissota.  Tonny enjoyed the simple things in life: being with family, visiting with neighbors, watching the sun rise over the lake, and feeding the birds.  He had a great sense of humor and never missed an opportunity to joke around.

He was a member of Notre Dame Catholic Church in Chippewa Falls.

He was preceded in death by his parents; his wife, Carol in 2009; and all six of his siblings.

A funeral service will be held at 11 a.m., Wednesday, July 10 at Pederson-Volker Funeral Chapel, Chippewa Falls with Fr. Jesse Burish officiating.  Interment will be at a later date at Prairie View Cemetery, village of Lake Hallie.

Visitation will be from 4-7 p.m., Tuesday and one hour prior to the service Wednesday, all at the funeral chapel.

To order memorial trees or send flowers to the family in memory of Anthony de Wit, please visit our flower store.