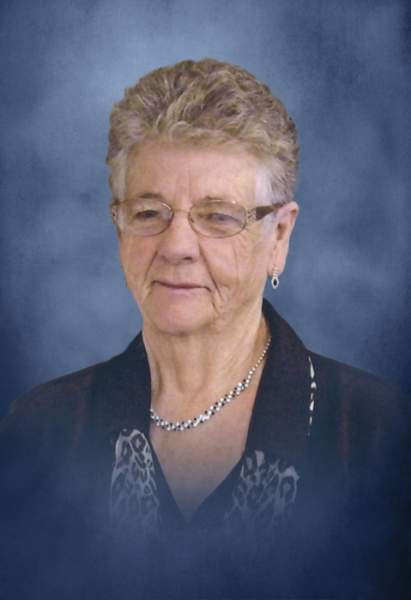 She was born November 4, 1934, in Chippewa Falls to Rexford and Frances (Ryman) Smith.

Bernice graduated from Chippewa Falls High School in 1953. In October of that year she married Floyd Anderson. Together they owned and operated Midway Grocery Store in Lake Hallie, later moving to a small farm in the Town of Wheaton. They also owned a resort in Cameron, WI.

For many years Bernice stayed at home tending to the day to day activities of raising their six children, all while working with the family businesses. From 1974 – 1989 she worked at St. Joseph’s Hospital in the sterilizing department. She loved spending time with family and had many great times with all the grandchildren.

Bernice and Floyd spent their winters in Texas, before and after he retired, until his death in 2000. In 2003, she met Paul Parson and they were married in Texas in 2007. He was greatly welcomed into the family.

The funeral service will be held at 11 a.m. on Friday, April 16, at First Presbyterian Church, Chippewa Falls with Rev. Rich Estrem-Fuller officiating. Entombment will be at Hope Cemetery Mausoleum.

Visitation will be held from 4 to 7 p.m. on Thursday, April 15 at Pederson-Volker Funeral Chapel, Chippewa Falls and also one hour prior to the service at church.

To help protect the safety of all, masks and social distancing are recommended.

To order memorial trees or send flowers to the family in memory of Bernice Anderson, please visit our flower store.