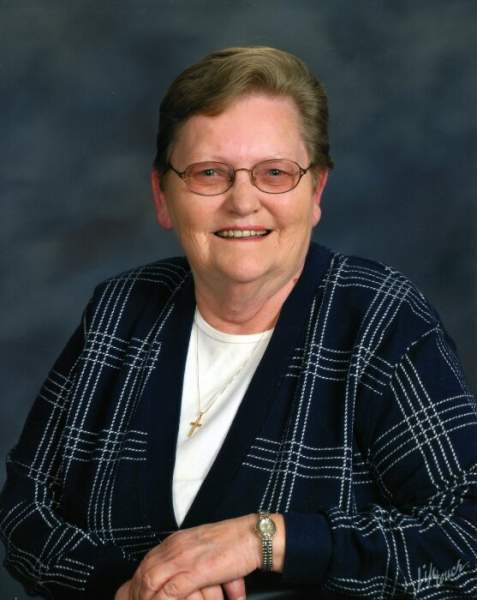 Bette Lou (Gullickson) Johnson, 78, of the village of Lake Hallie, died Friday, June 26, 2020 at her home surrounded by her loving family and under the care of St. Joseph’s Hospice.

She was born April 11, 1942 in Bloomer to Bette and Stafford Gullickson.  She was baptized at Our Savior’s Lutheran Church in Bloomer, where she enjoyed being in the church choir and youth group.  Bette attended Bloomer schools, graduating in 1960.  She went on to Tech School in Eau Claire.  Bette was employed by Lutheran Brotherhood (now Thrivent) in Minneapolis, MN.

Bette moved to Chippewa Falls and worked for UWEC for two years.  She married John Johnson and later divorced.  In 1966, Bette joined Central Lutheran Church in Chippewa Falls where she was a very active member teaching Sunday School and Confirmation.  She enjoyed being a part of the custodian team at church and made many close friends at Central.  She enjoyed helping and organizing wherever she was needed.  Bette cooked evening confirmation meals for the kids and organized, cooked, and served many Lent lunches and suppers.  Bette also worked for 30 plus years at Central Lutheran as Church Treasurer.  Bette was employed at Senn Blacktop for over 25 years, where she enjoyed bringing the guys food, treats and pies that she had made.

Bette was blessed with three children, Peter Johnson (Dodi) was born in 1964, Kristi Kyes (Randy Brierton) in 1966, and Mark Johnson (Lin Petrie) in 1967.  She had 15 grandchildren and 17 great-grandchildren.

She was preceded in death by her parents; a sister, Judy Sempf; and a brother, Charles Gullickson.

Bette was happiest spending time with her family.  Cooking Sunday dinners was a special joy for her.  She was known for the many apple pies she would bake each fall.  She would take them to work to share and pass them out to family.  She loved having holidays at her house and Sunday dinners where her whole family would gather, enjoy a home cooked meal, and the children would play.  There was so much laughter and love that filled Bette’s home.

A celebration of Bette’s life will be held at 11 a.m., Wednesday, July 1 at Central Lutheran Church, Chippewa Falls with Rev. Aaron Sturgis officiating.  Interment will be at Bloomer City Cemetery following the lunch.

Visitation will be one hour prior to the service Wednesday at the church.

To order memorial trees or send flowers to the family in memory of Bette Johnson, please visit our flower store.