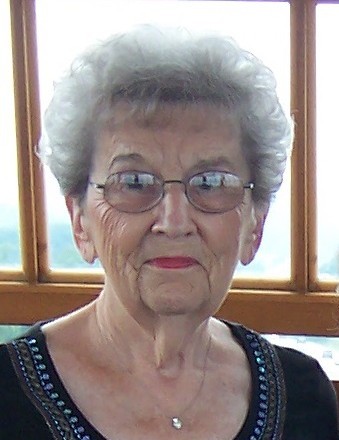 Beverly N. (Tupper) Garrison, age 91, of Chippewa Falls, WI, passed away at the Lake Hallie Memory Care Center on Wednesday, July 17, 2019, 12 days after she fell and broke her hip.  Her niece Sherrie was at her side.

On September 18, 1954 she married Melvin A. Tupper in Chippewa Falls.  Melvin died on October 7, 1963. She later married Harold C. Garrison on September 12, 1970 at Fort Meyer Post Chapel, Fort Meyer, VA while they were both working in Helsinki, Finland.

She was preceded in death by her parents, Emery and Dorothy Nein; husbands, Melvin in 1963 and Harold in November 2017; her beloved sister, Patricia Gehweiler (2008); and brother-in-law, George Gehweiler (2011).

A special thanks to Bev’s caregiver Janice (prior to her moving to Lake Hallie), the caring staff at Lake Hallie, Francis her Mayo Hospice Nurse, and Pastor Don and Barb for the many visits.

A funeral service will be held at 11 a.m., Saturday, August 3 at Zion United Methodist Church , Chippewa Falls, with Pastor Don Drollinger officiating.  Burial will be at Prairie View Cemetery following the service.

Visitation will begin at 10 a.m., Saturday at the church.

To order memorial trees or send flowers to the family in memory of Beverly Garrison, please visit our flower store.