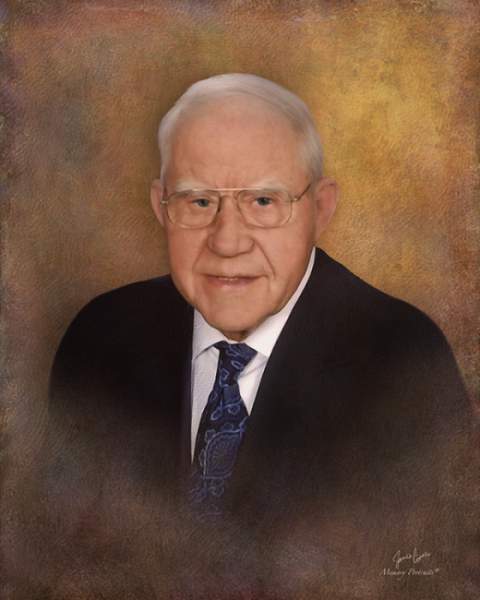 Carl R. Hunt, 93, died peacefully at his home in Chippewa Falls, on Friday, January 21, 2022, surrounded by his loving family.

Carl was born on October 23, 1928, to Ray and Christie (Withee) Hunt in Todd County, South Dakota. The family moved to Wisconsin when he was 10 years old and eventually settled on a farm West of Bloomer.  He was a 1946 graduate of Bloomer High School. Immediately following High School he worked on the Ed and Alvina Schmidt farm. He became a beloved part of their family for seven years.

He painted for a living upon returning home and built a new home for his family in Chippewa Falls. Hunt Brothers Drywall became a reality in 1955. Carl and his brother, Claude, worked together and provided wonderful, quality finishing work on homes for countless people in the Chippewa and Eau Claire area.  In 1971, Carl started Chippewa Valley Drywall and focused on serving the Eau Claire area contractors. Carl sold his business and retired July of 1986. Carl was well-regarded for his strong work ethic, honesty, and good counsel.

He may have retired, but he did not slow down. Working by himself, he built three duplexes, and beautiful homes for his daughters and goddaughter. He spent a lot of time in his shop creating beautiful woodworking projects, which he found very fulfilling. He also discovered the sport of golf, and their vacations included sightseeing and enjoying countless golf courses as they traveled all over the country. A highlight was when Carl was 82, he shot a hole in one at the Princeton Golf Course. He became interested and devoted a lot of time researching his family ancestry.

Carl had a true passion for Luther Park Bible Camp. In addition to serving on the Luther Park Board for many years, he completed the Welcome Center, built a cabin, and completed many other acts of love. His hope and prayer was that his small impact on the camp, may lead a young person to discover their Lord and Savior, Jesus Christ. He was an active member of Central Lutheran Church, Chippewa Falls. The church faith family brought many meaningful relationships into Carl’s life and instilled Christian values into their marriage and in the raising of their four daughters. He served several years on the Foundation Committee.

Carl and Irene celebrated 68 years of marriage. They often reflected on how blessed they were to have walked hand in hand through life together.

We will all dearly miss this patient, steadfast man in our lives.

The family is requesting memorials be given to Luther Park Bible Camp, Chetek, WI.

The Visitation for Carl will be from 4 to 7 p.m. on Thursday, February 3, 2022 , at Central Lutheran Church, Chippewa Falls.

The funeral service will be at 11 a.m. on Friday, February 4, 2022 , at Central Lutheran Church with a visitation beginning at 10 a.m. at the church. The interment will be at the Bloomer City Cemetery with Military Honors conducted by the Chippewa Falls Patriotic Council.

To order memorial trees or send flowers to the family in memory of Carl Hunt, please visit our flower store.