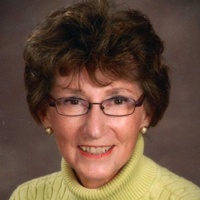 She was born June 29, 1944 in Burke, South Dakota to Marian (McFayden) and Henry Horn. Carol’s first years of school were spent in a one-room country schoolhouse as the only student in her class until the eighth grade. It was in that same schoolhouse where she survived a lightning strike.

She graduated from Burke High School, class of 1962. Carol continued her education at South Dakota State University where she earned a degree in Home Economics, and met “the nerd with the briefcase” and love of her life, Gary Gienapp.

On July 9, 1966, Carol and Gary united in marriage. They spent their first year as a married couple at Iowa State University where Gary finished his last year of veterinary school. After a short stint in Wisconsin Rapids, they moved to Chippewa Falls in 1969 when Gary joined the practice at the Chippewa Veterinary Clinic.

Along with raising her children, Carol quickly immersed herself in the community by substitute teaching at area schools, teaching cooking classes at Chippewa Valley Technical College (CVTC), and judging at fairs around the northwest region of Wisconsin. She also loved her involvement in the P.E.O. Sisterhood Chapter AB, the American Association of University Women, and the Our Saviour’s Lutheran Church (OSLC) Book Buddies. Some of the greatest joys in her life included over 40 years of cooking and travelling with her beloved Gourmet Group, hosting 17 years of iconic gingerbread parties, dancing with Gary at UW-Eau Claire’s Viennese Balls, and canoeing the rivers of Wisconsin with adventurous friends. One of Carol’s favorite passions were her gorgeous gardens, which provided joy not only to her but to countless friends and family.

Her love for education and community was the motivation to initiate many programs that flourished under her leadership and will continue to do so as part of her legacy. While at CVTC, Carol developed both an intergenerational and a service learning program. Along with five other members of OSLC, she established the Chippewa Area Mentor Program in the Chippewa Falls School District. She was on several community boards including: Chippewa Falls Main Street, Chippewa Falls Museum of Industry & Technology, Chippewa Area Mentor Program and served as president of OSLC. She later was selected to be the first Executive Director for the Community Foundation of Chippewa County, serving from the Foundation’s inception in 2001 until 2010. Upon retirement, she remained active both as a board member and an integral voice on the Foundation’s Development Committee.

Carol and Gary’s crowning as Festmeisterin and Festmeister at the Chippewa Falls Oktoberfest in 2005 began a new chapter of community involvement and meaningful connections that she treasured for the rest of her life. She received numerous awards over the many years she worked to improve the community including: the United Way Humanitarian Award, the Jefferson Award for Public Service, the Girl Scouts Women of Distinction Award, the Community Foundation of Chippewa County Outstanding Service Award…and yet when asked, a very humble Carol would say her greatest achievement was her children.

She will be dearly missed by her husband, Gary of Chippewa Falls; her three children, Todd (Heather McClelland) of Vancouver, WA, Brian (Lisa) of Chippewa Falls, and Theresa of St. Paul, MN; a brother, Wesley (Judy) Horn of Carroll, IA; her beloved grandchildren, Katie, Joshua, Caroline and Lukas; nieces Jennifer Barry of Whitefish Bay and Amy Horn (Ron) Lottridge of Denver, CO; and great-nephews Bennett, Peter, Henry, George and David. She was preceded in death by her parents.

Visitation will be from 4-7 p.m., Thursday, September 6 and one hour prior to the service Friday, all at Our Saviour's Lutheran Church.

Forest Hill Cemetery
To order memorial trees or send flowers to the family in memory of Carol Gienapp, please visit our flower store.