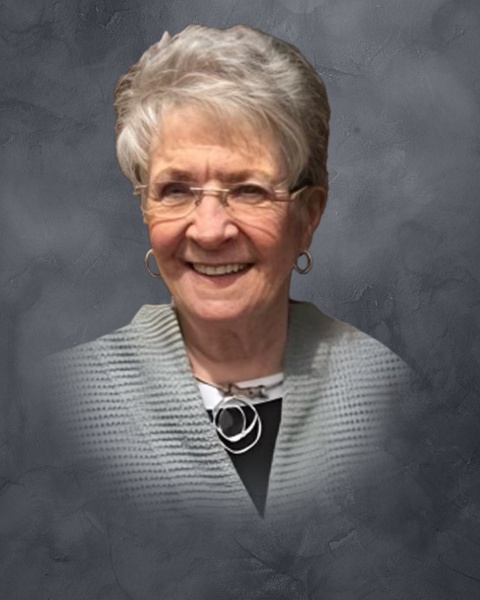 Carol (Bergeron) Holtz, a long-time resident of Chippewa Falls, passed away at St. Mary’s Hospital in Rochester, MN, on September 26th, 2022, at the age of 83.

Carol was born in Chippewa Falls on May 10th, 1939, to Francis and Catherine (Jankoski) Bergeron. Carol fondly recalls growing up on the family dairy farm in Eagle Point, where she proudly earned her reputation of being a tomboy by working the fields and milking the cows. She, along with her four sisters, attended the Victory School and Carol later graduated from Chippewa Falls High School (Chi-Hi) in 1957. Carol received her two-year teaching degree from the University of Wisconsin, Eau Claire. While there, Carol was an active member of the Cheerleading Squad and the University Choir. Carol had a natural gift of music and was told she had “perfect pitch”, which helped her to land the leading role in the college musical, Cabaret. Following graduation, Carol went on to teach Elementary School in Jim Falls, WI, where she taught all four grades (1-4) in a single classroom, followed by several years at Hillcrest Elementary in Chippewa Falls. Teaching was her passion and she continued to brag about her students throughout the years.

Carol always reminisced about how, at the age of 12, she went to work on the neighboring Clark farm, where she worked in the fields, helped with the horses, babysat, and cleaned house.  Unbeknownst to her at the time, it was here that she first met her future husband. As the story goes…Fred would ride his bike all the way out to the farm just so he could cross paths and get a glimpse of the girl he hoped to one day call his sweetheart.

On August 18th, 1962, Carol married Frederick (Fred) Holtz, at Saint Charles Parish in Chippewa Falls. They recently reached 60 years of wedded bliss.  Carol and Fred welcomed two WONDERFUL daughters into their family. Carol became a stay-at-home mom and immersed herself into the activities revolving around her family.  She taught CCD at St Charles and substitute taught throughout the area.  She was a 4-H leader for the Prairie Hustlers 4-H group, where she taught arts and crafts and directed musicals - several of which took first place and won trips to the state fair.   She also had an eye for design and was the creative eye that complemented the custom homes being designed and built by her husband.

The game of golf was Carol’s passion - a love which she made sure to instill into her children and grandchildren.  She was a proud member of the Chippewa Falls Elks Ladies, where she not only played golf in their league, but was also a wicked 500 card player.  She was never afraid to “Shoot the Moon”!  Spending time at the family cabin was a favorite activity, where during the winter months, she would enjoy snowmobiling and downhill skiing.  Carol enjoyed the changing colors of fall and the activities the season brought with it.  She was confident in the woods and kept up with the men in the family by hunting deer, elk, pheasant and partridge.  Like everything else, she was a fierce competitor and an excellent markswoman.

Carol loved her family fiercely. While she loved her husband and her daughters and their husbands, her grandchildren were her pride and joy. She was their number one fan in every aspect of their lives. She walked a countless number of golf courses to cheer them on during their golf meets, sat through years of dance recitals, band, and choir concerts. She became hoarse by cheering at track meets, soccer, football, and volleyball games. She was never afraid to give them her opinion on the latest teenage styles or critique their current choice of extracurricular activities. The one thing the entire family knew was that she was never short on unsolicited advice.

Carol showed how much she loved and enjoyed family and friends by entertaining and cooking for them. She was an expert at elaborate table settings (she loathed paper plates), had a talent for creating luxurious centerpieces, and could make a gourmet meal for an army without breaking a sweat. She was known for her elaborate breakfasts and 7 course dinners that would last well into the evening.

Carol couldn’t read a musical note, but taught herself to play the piano by ear.  She never shied away from a lonely piano in a crowded room. She was known to strike up a tune to liven up a crowd, and requests were always welcomed. Along with the piano, gardening became her therapy. She loved her flowers and took great pride in her knowledge and ability to create beautiful flower gardens. Carol also enjoyed the birds and could recognize and mimic the song of a great variety of Wisconsin aviary species. Relaxation for Carol always began in the evenings with the crossword puzzle from the daily paper.

Funeral services will be held on October 11, 2022, at St. Olaf Parish, 3220 Monroe Street, Eau Claire, 54703, at 12:00 p.m., with the visitation beginning at 10:00 a.m. at church. The ceremony will be officiated by Fr. Frank Corradi. Following the mass, a Celebration of Life for all Family and Friends will be held at Lake Wissota Golf on Lake Wissota beginning at 1:30. The interment will be at a later date in Forest Hill Cemetery, Chippewa Falls.

The family requests, in lieu of flowers, that memorial gifts be made to the Community Foundation of Chippewa County for the Holtz Family Endowment Fund.

To order memorial trees or send flowers to the family in memory of Carol Gene Holtz, please visit our flower store.