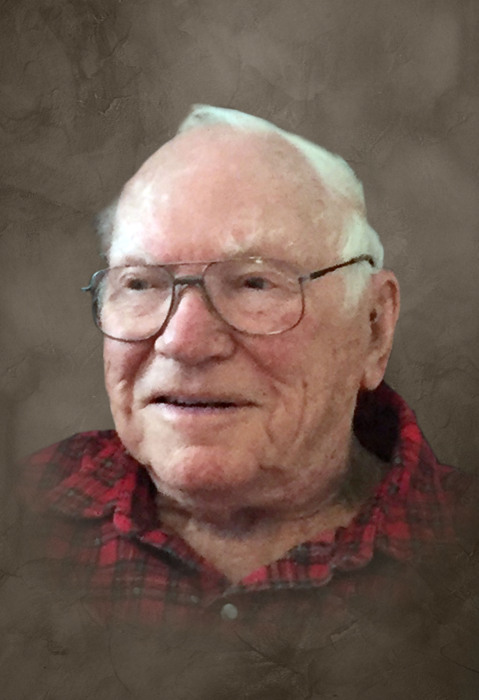 Clif was born on December 7, 1924, in Menomonie, WI, to Clifton “Tom” Sr. and Ruby (Moe) Farnham. He graduated from Menomonie High School in 1942. Clif entered the US Navy in 1942, stationed in Farragut, ID. He served in San Diego and Pacific Theatres. During WWII, he drove the Marine Corp. into shore in Iwo Jima and was aboard the USS Cecil just off Japan’s shoreline when the Peace Treaty was signed. He was Honorably Discharged in 1946.

After he returned from his service, he came back to the Menomonie area and farmed there and the Elmwood area. Clif moved to the Lake Hallie area in 1952 and owned & operated the Bargain Center in Hallie for 28 years. He was employed at the National Presto Industries for 7 years. He was also employed in maintenance for Chippewa County at the Public Heath Dept. until his retirement in 1992. Clif was an avid Packers, Brewers and Badger fan. He loved to dance and fish, but especially loved camping and traveling with his motorhome.

Funeral service will be at 11 a.m. on Monday, June 8, at Pederson-Volker Funeral Chapel, Chippewa Falls, with a visitation beginning at 9 a.m. at the chapel. Pastor Alan Dunham will be officiating. Interment will be in Prairie View Cemetery, Village of Lake Hallie with Military Honors conducted by the Chippewa Falls Patriotic Council.

To order memorial trees or send flowers to the family in memory of Clifton "Clif" Farnham, Jr., please visit our flower store.