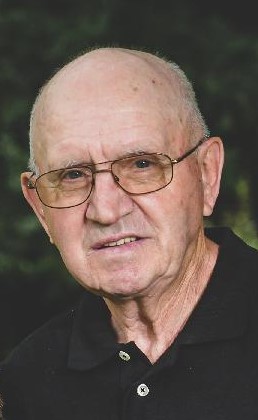 On August 1, 1968, he married Patricia "Patti" Wittrock in Germany, where he was stationed while serving in the US Army.

They operated the River Inn bar for several years and also farmed for a number of years.  They sold the farm to family members and moved to Hallie in 1998, where he drove truck until his retirement.

In his retirement, he enjoyed meeting the guys at McDonald’s every morning.  He loved all kinds of racing (especially NASCAR) and his Ford vehicles.

He was preceded in death by his wife; his parents; his son-in-law, Dean Hartje; his grandson, Greyson Hartje; his sister, Karen Pippenger; his brother, Jerry Birch, a brother-in-law, Donald Wittrock; and his in-laws, Irene and Leo Wittrock.

As per the family’s wishes, a private service will be held.  Interment with military honors will be at Forest Hill Cemetery, Chippewa Falls.

All forms of expression are welcome and appreciated during this difficult time.  Sympathy cards may be mailed to: The family of Clyde Birch, c/o Pederson-Volker, 44 E. Columbia St., Chippewa Falls, WI 54729.  All memorial contributions will go towards his grandson’s future education expenses.

To order memorial trees or send flowers to the family in memory of Clyde Birch, please visit our flower store.