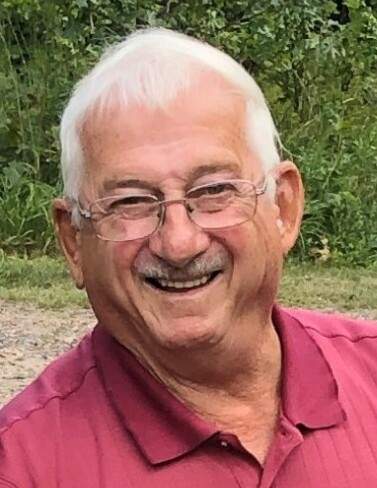 He was born April 23, 1944 in Chippewa Falls to Anna (Schneider) and Benjamin Bowe.

On November 9, 1968, Bud married the love of his life, Kathy Munroe at St. Peter’s Catholic Church in Tilden.  They resided in Chippewa Falls where Bud worked for Klinger’s Farm Market, then Chippewa Shoe, and then retired from Leinenkugel’s Brewery.

Following his retirement, Bud worked part time at Gordy’s/Family Fare, where he enjoyed seeing friends that would come to the store.

Bud was a very social guy, and welcomed visitors to the house at any time, day or night…he especially enjoyed the middle of the night visitors that would stop by for a Leinie’s! His family agrees that his main reasons for attending his grandkid’s sporting events (yes, even soccer) was for the social aspect of “BS-ing” with the other attendees, and maybe for the candy bars at the concession stand to satisfy his sweet tooth.  Many of the kids knew that Bud always had a pocket full of candy, so he was often surrounded by children, which he truly enjoyed.  Bud spent a lot of time on the ball fields himself.  He enjoyed many years of being on numerous softball teams throughout his life.

Bud loved Chippewa Falls, and was named the “Mayor” of his neighborhood in Lafayette because of his welcoming and social nature.  He and Kathy enjoyed listening to music and were great polka dancers…they would attend all three days of Oktoberfest each year.  He was also a gambling man and enjoyed playing cards and cribbage, shaking dice, buying scratch-offs, and going to the casino.

He will be remembered for all of his fun qualities, but also for the love he had for his family.  Family was everything and they will cherish the many good times spent together.

He was preceded in death by his parents; a brother, Huntz Bowe; brothers-in-law, Marv Rubenzer and Tom LaGesse.

A visitation will be held from 12 – 2 p.m., Sunday, June 14 at Pederson-Volker Funeral Chapel, followed by a short prayer at 2 p.m. by Rev. Aaron Sturgis.  Following that, all are welcome to join the family for a Leinie’s toast to celebrate Bud’s life at The Liner in Lafayette.

Please wear your favorite Leinie’s gear to both events!  Bud wouldn’t want it any other way!

In lieu of sending flowers, Bud would want you to remember him by spending a fun afternoon at the casino or buy yourself a winning lottery ticket.

To order memorial trees or send flowers to the family in memory of Dale Bowe, please visit our flower store.