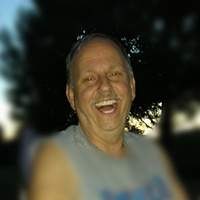 He was born November 12, 1959 in Menomonie, WI to Jerry and Adeline (Roder) Mense. He grew up in the town of Wheaton and attended Chippewa Falls High School.

Dale worked for Sanitary Disposal, now Waste Management, for 30+ years until his health issues lead him to an early retirement.

In his free time Dale liked to attend auctions, collect antiques, and work on scrap metal just like his father. He enjoyed hunting and fishing and had a good sense of humor-just ask him! Dale also loved the Packers and NASCAR racing.

On July 21, 1979 he married Su Nyon Pak at Our Saviour’s Lutheran Church in Chippewa Falls.

He was preceded in death by his parents and brother-in-law, Martin Bowe.

A funeral service will be held at 11 a.m., Thursday, September 20 at Pederson-Volker Funeral Chapel with visitation beginning at 10 a.m.