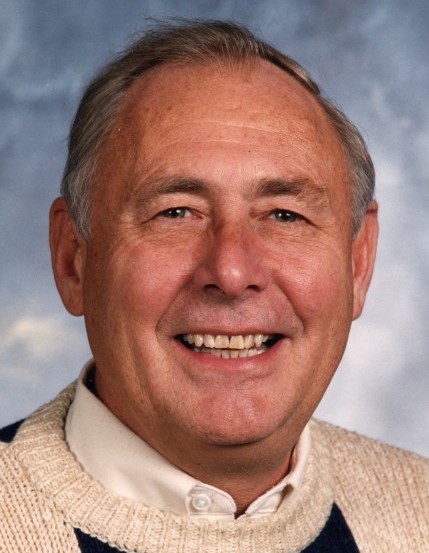 He was born March 29, 1939 in Stetsonville, Wisconsin at the family home to Ellener (Maxam) and Edwin Pope. He and his two sisters were raised on the family farmstead and is where he developed strong work ethic and love of the land. He graduated from Dorchester High School in 1957.  After graduation he joined the National Guard and served for two years. Dale attended Wausau Technical College earning a degree in agricultural studies. Dale was married to his first wife, Gladyce Thomas, on August 17, 1963 in Ashland, WI. They settled in Chippewa Falls, WI to raise three daughters, Pamela, Jennifer and Melissa. In January of 1982, he married his second wife, Nancy Clark in Chippewa Falls, then moved to Moorhead, MN.

Dale was a people person which fit his chosen career which he devoted to Northrup King Seed Company.  He started out in sales and worked his way up to Regional Sales Manager serving the entire upper Midwest region.  He was promoted to this management position and later transferred to Moorhead, MN where he lived for 20 years before returning to Chippewa Falls, WI.  He took pride in Northrup King, spending many days on the road meeting with farmers and organizing his sales staff.  He was a true leader that allowed him to build meaningful relationships with his farmers and coworkers.

While in Chippewa Falls, he was an active member of the local Jaycees, Moose Lodge and Trinity United Methodist Church. ale enjoyed life to the fullest and was described as a ‘kid at heart’.  He was known for his joking nature and was always up for an adventure. He was an avid world traveler having visited many countries over his lifetime.  He loved annual family camp outs and making his famous ‘gut bombs’ for everyone. He was a true outdoorsman and enjoyed fishing, hiking, and “tooning”.  At age eight his mother taught him how to dance and later in life he became an avid “two stepper” on the dance floor.  Dale inherited a green thumb from his parents and always maintained beautiful vegetable and flower gardens. He loved to grill, entertain and was the light of any social event. Playing cards was his most favorite past time, which included sheepshead, schmear and cribbage. He treated everyone he met with kindness and great generosity and he was a friend to all he met.

Dale loved his family most.  He was the favorite Uncle, adored by his children and so beloved by his grandchildren. He was known as ‘Gramps’ or ‘Trompa’ and deemed the ‘best rock skipper’ by his grandchildren.  He was the family’s number one cheerleader and attended sporting events, graduations and never missed a milestone event for any family member.  He simply loved spending time with his family. Dale and wife, Kathy McMahon, were married on November 3, 2012, enjoyed dancing, winters in Florida, time spent at their summer lake resort and were avid Packer and Badger fans.

A private burial will be held in Dorchester Memorial Cemetery, Dorchester, WI.

To protect the health and safety of all, services are currently being limited as required by state and local authorities and the CDC. Expressions of sympathy during this time can be left on the condolences page available with the obituary on our website, www.pedersonvolker.com.

To order memorial trees or send flowers to the family in memory of Dale Pope, please visit our flower store.