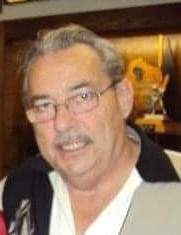 David was born December 21, 1947 in Eau Claire to Orm and Alice (Price) Hazelton.

David enjoyed the outdoors, especially camping, fishing, and hunting. He was very social and loved family get togethers, cheering for the Brewers and had a lucky hand with shake-a-day!

He was preceded in death by his father, Orm Hazelton; mother, Alice “Betty” (Victor) Steltzer; brothers, Don Hazelton and Joe Hazelton; son-in-law and US Marine, Cory A. Rud; and great-grandson, Baby Carlos.

A funeral service will be held at 12 p.m., Tuesday, August 10 at Pederson-Volker Funeral Chapel, Chippewa Falls. Private interment will be at Forest Hill Cemetery, Chippewa Falls at a later date.

Visitation will begin at 11 a.m., Tuesday at the funeral home.

To order memorial trees or send flowers to the family in memory of David Hazelton, please visit our flower store.