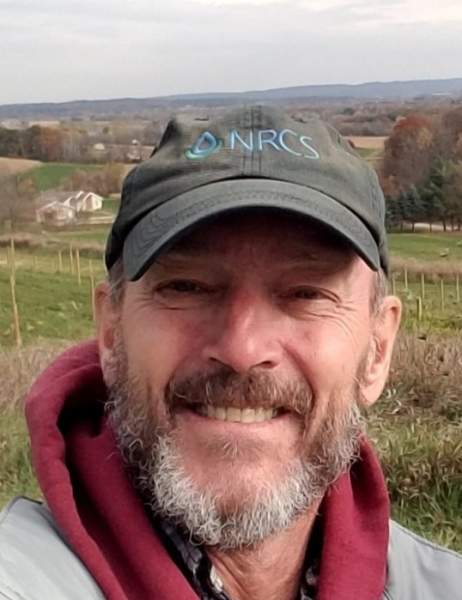 David J. Hvizdak, age 66, of Chippewa Falls, died February 25th, 2019 after living with colon cancer for three years. And live he did. Dave enjoyed many adventures with his wife and children despite the brutal cancer treatments. He enjoyed traveling all over the United States, hiking, cycling, birdwatching, ice fishing, snowshoeing, baseball games, music festivals, visiting breweries and wineries, and according to his children, telling bad jokes. Dave said, “The only silver lining of cancer is that it makes you enjoy every single day.”

Dave’s career as a soil scientist with the USDA Natural Resource Conservation Service began in 1978. After a brief stint in New York, he was stationed in Wisconsin for 28 years, 21 of them in Spooner. In 2008, he received a promotional transfer to Massachusetts, as State Soil Scientist, and Soil Survey Leader for all of New England. He retired to Chippewa Falls in 2012. Dave was passionate about the environment and continued to do volunteering and contract work for his former employer until his death.

Dave is survived by Jane, his wife of 40 years; daughter, Erin of Idaho; sons, Mark (Mary) of Minneapolis, and Michael of Chippewa Falls. He is also survived by his mother, Carol Hvizdak of Plover; brothers, Ron (Barb) of Montana, Tom (Don) of Edgar, Bob (Anne) of Hawaii; and sister, Cathy (Mark) Nevala of Oregon.

Dave was preceded in death by his father, Andrew Hvizdak in 2004.

A memorial service will be held at 11 a.m., Saturday, March 2nd at the English Lutheran Church of Bateman, town of Lafayette, Chippewa Falls with the Rev. Rick Biedermann officiating.

Visitation with family will be held one hour prior to the service Saturday morning at the church.

In lieu of flowers, memorials may be made to your favorite environmental organization.

To order memorial trees or send flowers to the family in memory of David Hvizdak, please visit our flower store.