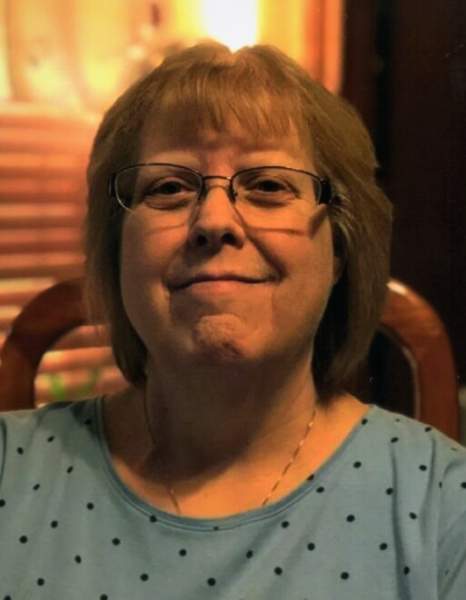 Debra Ann Lund, 61, of Chippewa Falls, died Thursday, March 4, 2021 at her home surrounded by her family and while under the care of Mayo Clinic Hospice.

She was born December 18, 1959 in Madison to Dorothy (Ewing) and Marvin Johnson.  She graduated from LaFollette High School, class of 1978.

On December 13, 1980 she happily married Charles “Chuck” Lund at the Lutheran Church of the Master in Los Angeles, CA.  After meeting this handsome U.S. Marine while he was home on leave in Madison, Deb knew he was the one!  A short whirlwind romance, a move from Madison to California where Chuck was a stationed, and a wedding before his deployment to Japan…and all within six months of meeting each other.  It was meant to be.

After Chuck’s honorable discharge, they moved back to Madison where Deb did clerical work for a uniform services company.  In 2011, they moved to Chippewa Falls to be near their daughter Elizabeth and her family.

Deb enjoyed watching Jeopardy and loved time spent with her grandchildren.  She also liked driving to Texas to visit their daughter Rebecca but was thrilled when Rebecca and family moved to Chippewa Falls recently to be near her during her illness.

She was preceded in death by her parents; and a brother and sister-in-law, James and Bonnie Johnson.

Visitation will be held one hour prior to the service Wednesday at the church.

The service will be livestreamed at www.CVBC.net

As an expression of sympathy, memorial contributions may be made to the Kidney Cancer Association in memory of Debra Lund at 9450 SW Gemini Drive #38269 Beaverton, Oregon 97008-7105 or by visiting www.kidneycancer.org.

To order memorial trees or send flowers to the family in memory of Debra Lund, please visit our flower store.