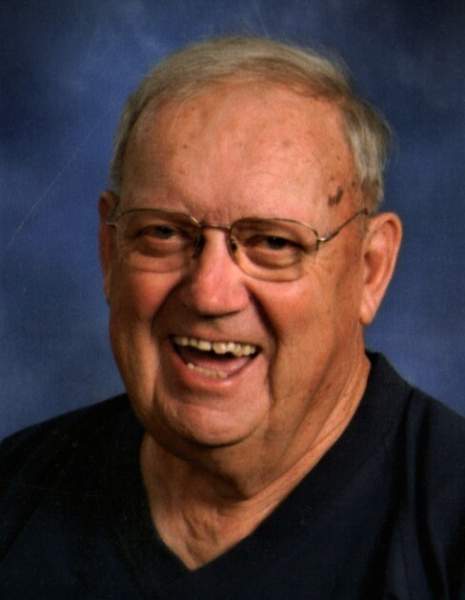 Dennis I. Krause, 83, of Chippewa Falls, town of Lafayette, passed away Friday, September 18, 2020 at his home surrounded by his family and while under the care of St. Joseph’s Hospice.

He was born February 22, 1937 in Chippewa Falls to Beatrice (Jacobson) and Willis Krause. He graduated from Chi-Hi, class of 1955.  He then attended college at River Falls State University for a brief time.

Dennis served honorably in the U.S. Army from 1956-58, during the Korean War. Because of Dennis’ athletic ability, he traveled around Korea playing basketball while in the Army.

On December 3, 1960 he married Arlys Holte at Our Saviour’s Lutheran Church in Chippewa Falls.  They resided in Chippewa Falls where Dennis worked for Peters Packing Company before becoming a semi truck driver for different companies, retiring from USS Holland in 1999.  During his driving days, Dennis also had the agency for the St. Paul Pioneer Press and would deliver newspapers throughout the area before he would go to work for the day.  He, with the help of his family, did this for 22 years.

Following his retirement from trucking, Dennis kept busy.  He worked as a truck driving instructor for CVTC, he shuttled tractors for River States Truck and Trailer and Allstate Peterbilt up until one year ago, and he chauffeured his wife around on her many shopping excursions.

Dennis loved all sports and coached many. He helped establish the youth football league in Chippewa Falls, and coached youth basketball and football teams over the years, including his son’s team!  He also coached many softball teams, including the men’s 40 year and older league.  He quickly earned the nickname “Coach” which stuck with him his whole life.  He was a patient man and dedicated to his players.  When his grandchildren started playing sports, he never missed a game!  Even though basketball was HIS sport, he still supported his grandsons’ decision to play hockey…and he went to all of their games, near and far.  He will always be remembered for his love, thoughtfulness, hard work ethic, stories, sayings and jokes, his fun loving nature, and his pranks.

He was a member of Our Saviour’s Lutheran Church, Chippewa Falls where he was baptized, confirmed, and married.

He was preceded in death by his parents, Willis and Beatrice; in-laws Clarence and Frieda Holte; brother-in-law/high school buddy Raymond Holte; and sister-in-law Geri (Richard) Christenson.

The family would like to thank HSHS St. Joseph’s Home Health and Hospice for keeping Dennis as comfortable and pain free as possible.

A celebration of Denny’s life will start with a memorial service at 1 p.m., Saturday, September 26 at Pederson-Volker Funeral Chapel with the Rev. Karen Behling officiating. Military honors by the Chippewa Falls Patriotic Council will follow the service at the funeral chapel.

Visitation will be held one hour prior to the service Saturday at the funeral chapel.

After the service, the celebration will continue at the Avalon Hotel & Conference Center, 1009 W. Park Ave., Chippewa Falls.  All are welcome to join the family for a gathering of sharing memories and stories.

To order memorial trees or send flowers to the family in memory of Dennis Krause, please visit our flower store.

Gathering of Family and Friends