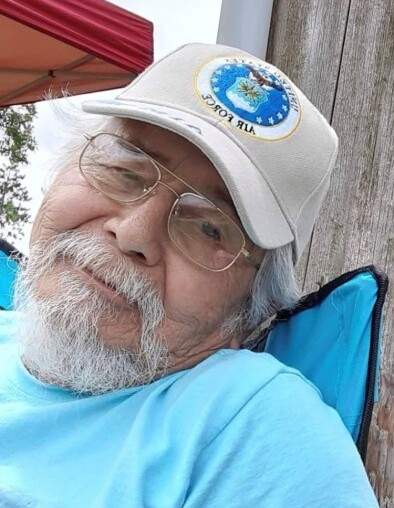 Dewey B. Isham, 80, of Eau Claire, died peacefully at home surrounded by family on Friday, September 17, 2021, while under the care of Mayo Clinic Home Health and Hospice.

He was born March 7, 1941, in Hayward, WI to Edger and Pauline (Gokey) Isham.  He graduated from Hayward High School and enlisted in the US Air Force.  He served his county from 1959 until his honorable discharge in 1963.

Dewey provided generously for his family.  He was employed with NSP (now Xcel Energy) for 32 years until his retirement in 2000.

He was active on the LCO Reservation where he was a hunter, fisherman, gatherer of wild rice, and also made maple syrup. Family time included camping, cook-outs, road trips, pow wows, baseball games, and his love of sitting in his chair watching old re-runs, Wheel of Fortune, and a Brewer or Packer game with "ma". He also loved his elder trips to the many different casinos and was active with the AMVETS Post 1998, Elder’s Association on LCO, and the Rice Chief.

Mass of Christian Burial will be held at 2 p.m., Wednesday, September 29, at St. James the Greater Catholic Church, Eau Claire with Fr. Tom Krieg officiating.  Visitation will begin at 1 p.m. at the church.

A service will also be held on Friday, October 1, at Pineview Funeral Home in Hayward with interment and Military Honors at St. Francis Solanus Catholic Cemetery.

To order memorial trees or send flowers to the family in memory of Dewey Isham, please visit our flower store.