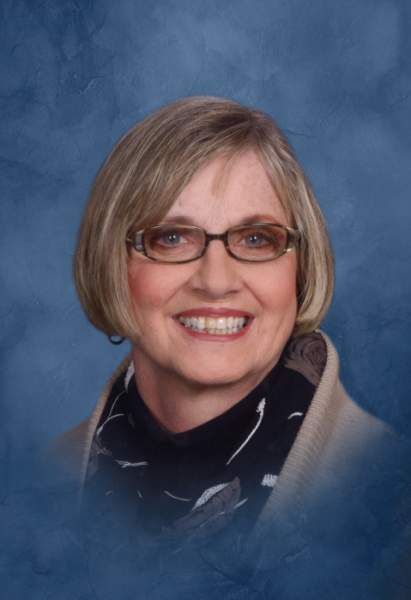 Diane A. Prock, 73, of Eau Claire, died peacefully with her loving family by her side, on Sunday, January 5, 2020, at Mayo Clinic Health System, Eau Claire.

Diane was born on August 28, 1946, in Owen, WI to Louis and Alyce (Roohr) Burhop. She is a 1964 graduate of Owen-Withee High School and a 1968 graduate from UWEC with a degree in Secondary Education History major and a Psychology minor.

On July 16, 1966, Diane was united in marriage to Robert Prock at St. Katherine’s Episcopal Church in Owen, WI. While their girls were growing up, Diane was a substitute teacher in the Chippewa Falls and Eau Claire area. In 1985, she began as an Instructional Assistant at Chippewa Valley Technical College until her retirement in 2006.

Music was always an integral part of her life, singing at an early age and continuing through her adult years. She enjoyed quilting and going to retreats each year where she was blessed with many new friendships. Diane also liked reading, sewing, boating, and cycling, until they decided to invest in their VW beetle bug with “Four Wheels.”

Through the years, Diane’s greatest joy was spending time with her family and friends and attending the grandchildren’s activities, whatever they might be. She always commented that she was thrilled when the kids became involved in music since the auditorium seats were far superior to bleachers any day. She was the cornerstone of her family and a friend to everyone she met. As a result, she will be greatly missed by her family, the FABS, the Nuts and Bolts, the Pool Ladies, the CVTC crew and many others. She was quick to smile and laugh. She had a way of finding the best in everyone and every situation. Diane lived her faith and her grace inspired everyone around her to be a better person. She would want us to remember, “God is Good.”

In lieu of flowers, memorials are preferred to the Dollar Club or Feed My People through Central Lutheran Church.

To order memorial trees or send flowers to the family in memory of Diane Prock, please visit our flower store.