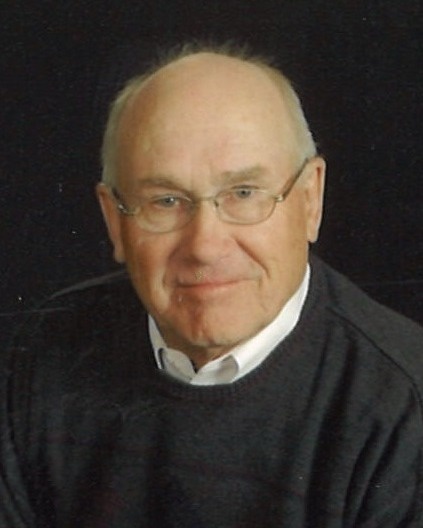 Don was born and raised in Aurora, Illinois and enjoyed a wonderful childhood filled with hunting, fishing, sports, and family vacations with his brothers and sisters.

Following high school, he enlisted in the US Navy during the Korean War. While he admitted he was not always a model sailor, he was proud of his service and credited the Navy with instilling discipline in him and giving him a chance to see the world and have some adventures.

After honorable discharge from the Navy he moved back to Illinois, where he met and fell in love with his sister’s nursing school roommate, Gwen Jorgensen. Don and Gwen married in 1956 and would go on to enjoy 65 years of marriage together. Don and Gwen’s bond only grew stronger over the years, as they raised 6 children and saw each other through life’s highs and lows.

In 1956 Don started work in the computer service industry and worked his way up over the years into management positions. In 1969 he moved his family to Chippewa Falls, Wisconsin to take a good job in computer services, and ultimately worked many years for the state, doing computer work for school districts. He always enjoyed interacting with people and problem solving.

Don excelled at relaxing and filled his free time with many hobbies and passions. He was an avid golfer and played in leagues at Ojibwa for almost 50 years and scored two holes in one on the 4th hole there. In later years he and his wife Gwen would golf together every chance they got. He was also an avid fisherman and often out fished everyone in the boat. Don loved to watch and talk sports and remained a loyal Chicago Bears fan after moving to Wisconsin, though this was often heartbreaking.

Perhaps his greatest pleasure was just talking to people. He could start up a conversation with anyone about anything— neighbors, people next to him in line at the store, even toll collectors on the tollway. He made friends wherever he went.

Don Leifheit is survived by his wife, Gwen, his brother Jim and his sisters Janice and Cheryl; by his children Tom, Cary, Cathy, Bill, Jane and Sara and their spouses Amber, Guy, Kari, Darian, and Toby whom he welcomed warmly into the family; by 17 grandchildren (Mason, Brady, Samantha, Casey, Matt, Kate, Hannah, Hayley, Max, Theo, Nora, Tyler, Libby, Drew, Mia, Brynn, and Colin); and two great grandchildren, Desi and Hadlee.

Don Leifheit died peacefully for a few reasons. He worked hard and when the work was done he knew how to have a good time. He married well and always considered himself to be a lucky man. And he loved his family and knew that they loved him. Don was a great man, and we will miss him.

The family wishes to express gratitude to family friends Maureen Therou, Kent Magnuson, and Bob Stitt, who were extremely helpful over the past few years. They are also thankful for the excellent care Don received at the Marshfield Clinic Eau Claire Hospital and at the Chippewa Falls Our House Memory Care Center.

In lieu of flowers, donations may be sent to Christ Lutheran Church (address above or http://christlutheranchippewafalls.com/)