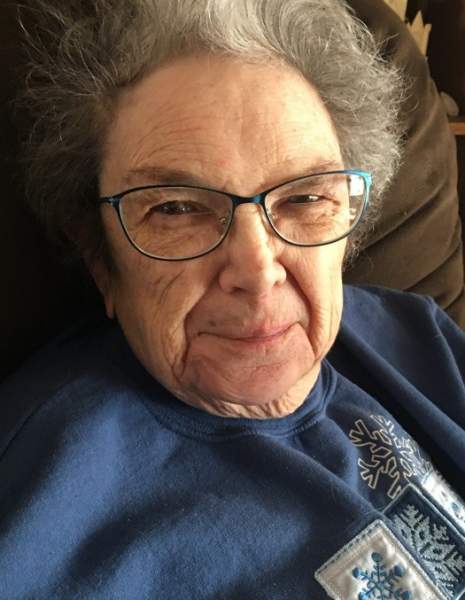 Dona Jean Peterson, 88, of Chippewa Falls, Town of Hallie, passed away peacefully on August 1, 2021, at her home surrounded by her family under the care of Heartland Hospice.

Dona was born November 3, 1932, in Chippewa Falls to Fred and Lottie (Gerber-Mahoney) Parker at their home in Chippewa Falls. She graduated from Eau Claire Senior High School in 1950.  Her nursing career began at the Luther Hospital School of Nursing, during which she took classes at the State College at Eau Claire now UWEC and did clinical work at Cook County General Hospital in Chicago, IL, graduating from the program in 1954, specializing in surgery.

Dona joined the United States Air Force Nurses Corps 1956 and was active in San Antonio, Texas and Anchorage, Alaska through 1958. Working actively in nursing from 1958 until 1995 she held nursing licenses in the States of Arkansas, California, New Hampshire and Wisconsin.  Most of her career was spent as a lead nurse at Northern Wisconsin Center for the Developmentally Disabled until her retirement.  During her tenure at the NWCDD she received multiple state awards including a commendation from Governor Tommy Thompson for her commitment to make improvements in health care in the state.

Retiring in 1995 from NWCDD, Dona continued to work as a night watch volunteer at the Bolton Refuge House and a personal care aide.  In her retirement she remained devoted to her church as a quilter and kitchen volunteer, of which she was the first female counsel president in their history in the 1980’s.

Above all, Dona was devoted to her late husband Dale of 53 years, children and grandchildren.  She saw being a mother and grandmother as one of her greatest joys— filling their hearts and minds with stories and laughter.  When Dona wasn’t spending time with her beloved family, she loved antiquing, cooking, gardening, reading, crocheting/ knitting, watching sports games and involving herself in many community organizations including the Luther Hospital School of Nursing Alumni Association and Post 77 American Legion Auxiliary.

She was preceded in death by her husband; her parents; her five brothers; Robert, James and Richard Mahoney and Harold and Carl Parker; and sisters-in-law, Beverly and Midge Mahoney and Janice Parker.

A memorial service will be held at 11 a.m., Thursday, August 5 at Immanuel Lutheran Church in Eau Claire. Interment with military honors conducted by the Chippewa Falls Patriotic Council will follow at the Scandinavian Lutheran Cemetery, Eau Claire.

Visitation will be from 4-7 p.m., Wednesday, August 4 at Pederson-Volker Funeral Chapel, Chippewa Falls with a military walk-through at 4 p.m. A visitation will also be held one hour prior to the service Thursday at the church. Masked are required at the church.

The family would also like to express a heartfelt thank-you to the Heartland Hospice team for the amazing care they provided to her and the family.

To order memorial trees or send flowers to the family in memory of Dona Peterson, please visit our flower store.