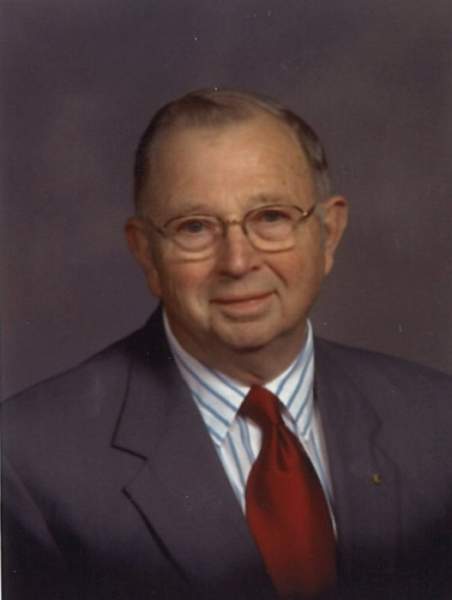 The memorial service will be held at 11 a.m. on Saturday, April 23, 2022, Zion United Methodist Church, 1102 Superior St., Chippewa Falls, with a visitation one hour prior to the service at church. Rev. Donald Drollinger will be officiating. The interment was in the Markesan Memorial Cemetery.

After graduation Donald farmed with his dad and they had a milk route. He also worked at Born’s Hardware in Fairwater. On June 29, 1946, Donald was united in marriage with Louise Albee of Markesan. Four children were born of this union.

Donald’s knowledge in many areas led him to a variety of jobs, centering in on the vocation of Power Engineering. In 1956, he started working for the State of Wisconsin, as a guard at the Waupun State Prison. Then he went to the Green Bay Reformatory, where he worked in the power plant. From there he went to be Power Plant Supervisor at Mendota State Hospital in Madison. He then worked as Supervisor at the University of Wisconsin’s two power plants in Madison. For three years he served as assistant to the State Chief Power Engineer before moving to Chippewa Falls in 1981, to the Superintendent of Buildings and Grounds at the Northern Center. He retired in 1987, after working for the state for 31 years.

Donald has been a member of the Masonic Lodge since 1945, a member of Scottish Rite Since 1969, and active in the clown unites of Zor Shrine Temple for the past 25 years.

To order memorial trees or send flowers to the family in memory of Donald Ewald, please visit our flower store.