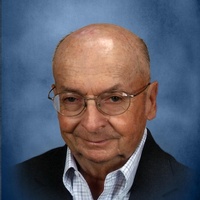 He was born November 15, 1934 in Eau Claire to Gertrude (Hartwich) and Henry Geske. He graduated from Fall Creek High School in 1953.

Don worked as a machine operator at Pope and Talbot in Eau Claire for over 34 years, retiring in 1987. He was a member of Trinity United Methodist Church, Chippewa Falls and the Eau Claire American Legion Post 53.

In his free time he enjoyed woodworking, furniture refinishing, and remodeling his home until rheumatoid arthritis took over.

A funeral service will be held at 11 a.m., Friday, July 13 at Trinity United Methodist Church, Chippewa Falls with Rev. Terri Koca officiating. Interment will be at Prairie View Cemetery, village of Lake Hallie.

Visitation will begin at 10 a.m. at church on Friday.