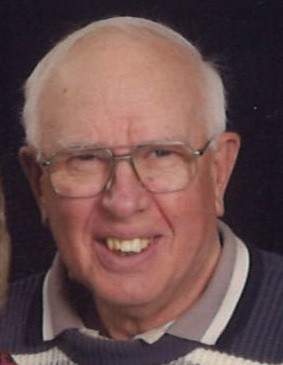 He was born March 2, 1937, in the town of Eagle Point to Edwin and Alma (Grohn) Verch.  He married Anamae Klueckman on August 8, 1959, at St. Matthew’s Church in Eau Claire.  They met at Fournier’s Ballroom.

He graduated from Cadott High School in 1954. Following graduation, he worked at Sinclair Gas Station in Chippewa Falls as well as Chippewa Shoe Company for 28 years until their closing.  After retirement Don worked part-time at Northwestern Bank as night custodian. He was proud to be a longtime resident of the Chippewa Falls West Hill neighborhood.

In his free time Don enjoyed garden tractor pulling with his family, attending car shows, working with his father and brother, Roger, on the family farm, and working on anything with wheels.  The family could bring anything to Don to be fixed and he would figure it out.

Don never met a stranger who didn’t become a friend, he could talk to anybody. He was a member at Zion Lutheran Church and active with their radio ministry broadcasting for many years.

He was preceded in death by his parents and in-laws.

A funeral service will be held at 11 a.m. on Wednesday, September 7 at Zion Lutheran Church, Chippewa Falls with Rev. Brad Thomas officiating. Interment will be at Forest Hill Cemetery, Chippewa Falls.

Visitation will be held Tuesday, September 6 from 4 to 7 p.m. at Pederson-Volker Funeral Chapel, Chippewa Falls and also one hour prior to the service at church on Wednesday.

To order memorial trees or send flowers to the family in memory of Donald Verch, please visit our flower store.