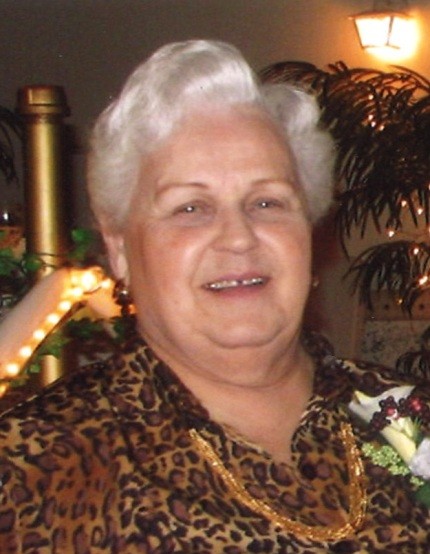 She was born May 7, 1933, in Chippewa Falls to Christopher and Florence (Gagnon) Langel. She graduated from McDonell High School in 1951.

On June 16, 1951, she married George F. Blunt at St. Charles Catholic Church in Chippewa Falls. They resided in Chippewa Falls where Donna worked for many years at Mason Shoe Company and at Indianhead Motel for 17 years.

In her spare time she enjoyed playing cards, crafting, and attending flea markets.

Donna is survived by her daughters, Wanda (Donald ) Boehm and Jane Burgess, both of Bloomer; sons, Christopher Blunt (Susan Brown) of Chippewa Falls, and Charles (Jenny) Blunt of Wausau; 16 grandchildren; 23 great-grandchildren; 3 great-great-grandchildren; sister-in-law, Kaye Langel of Racine, WI; and other relatives and friends.

A funeral service will be held at 11 a.m., Saturday, August 22 at Pederson-Volker Funeral Chapel, Chippewa Falls with Rev. Greg Stenzel officiating. Interment will be at Hope Catholic Cemetery Mausoleum.

Visitation will begin at 10 a.m. Saturday at the funeral home.

In lieu of flowers, memorials are preferred to the Irvine Park Zoo, Chippewa Falls.

To order memorial trees or send flowers to the family in memory of Donna Blunt, please visit our flower store.