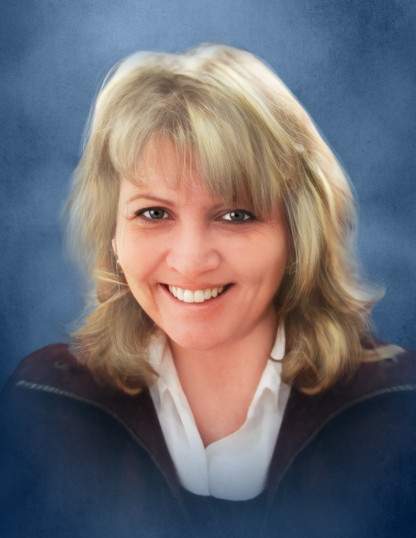 Donna was born December 4,1967 to Jonathan West and Catherine (Yeager) West. Donna spent her childhood on Jericho Road in Quinton, N.J., later moving to Colstrip, MT where she was a 1986 Colstrip High School graduate. She settled in Colstrip where she raised her 3 children. She furthered her education and earned her degree as a Paraprofessional and went on to work at Colstrip High School and Lame Deer Elementary in both the classroom and special education departments. She later resided in Spooner to be closer to her sister before moving to Eau Claire with her fiancé.

Donna's family was most important to her, especially her children. She enjoyed spending time outdoors, especially near the water, whether it was on the beach, floating the river, or doing yard work and planting flowers.

Donna was proceeded in death by her parents, Jonathan West and Catherine Neta and her brother, Earl West.

The memorial service will be at 3 p.m. on Friday, May 20, 2022 at Grace Baptist Church, 11591 17th Ave., Chippewa Falls, visitation one hour prior to the service at the church. Rev. Bruce Schmidt will be officiating.  Burial of cremated remains will take place at a later date at the Clam River Cemetery in Shell Lake.

Donna will always be remembered for her kindness and strength. She will be dearly missed by all who knew her.

To order memorial trees or send flowers to the family in memory of Donna West, please visit our flower store.