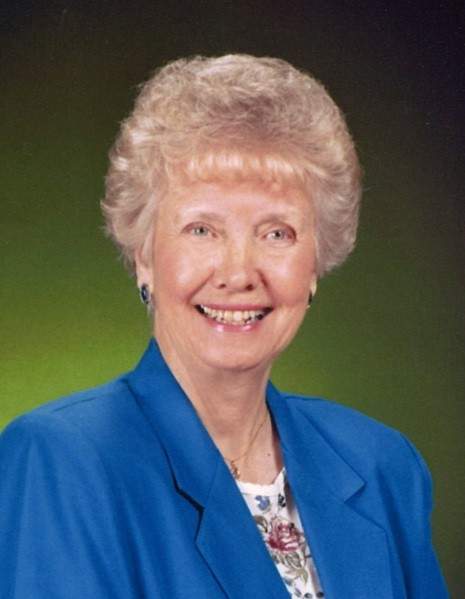 On November 15, 1925, Doris was born in Milwaukee, Wisconsin, to Clarence and Elsie (Kutchenriter) Haeberle.  She graduated from Riverside High School in 1943 and attended the University of Wisconsin-Milwaukee several years later.  Doris worked as an administrative secretary at Lloyd Street School, in the 1940’s, and, years later, at UW-Milwaukee, in the Medical Technology Department.  She retired in 1988.

Doris married Abner (Red) H. Arbuckle on June 22, 1946.  They lived in Glendale, Wisconsin, and, following retirement, they moved to West Bend, Wisconsin.  After Abner’s death, Doris lived in Kewaskum and then Eau Claire; she moved to Wissota Place in 2006.  She enjoyed reading, knitting, and traveling.

Doris is survived by her two children:  Ellen (Randall) Kuznicki, Rochester, Minnesota,  and David (Denise) Arbuckle, Chippewa Falls, Wisconsin, three grandchildren, three great-grandchildren, and one brother, Warren Haeberle.  She was preceded in death by her husband, Abner, her sister Shirley Baumeister, and her parents.

A private graveside interment service will be held at Immanuel Cemetery, Cedarburg, Wisconsin.

To order memorial trees or send flowers to the family in memory of Doris Arbuckle, please visit our flower store.