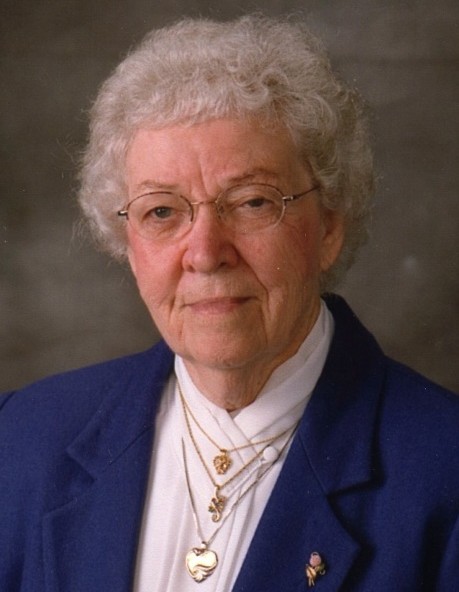 Dorothy E. Lowe Henneman, died peacefully Sunday, April 7, 2019 at Lake Hallie Memory Care at age 101. She lived alone and took care of all her own business, and drove her car until a year ago when she broke her hip. Then she gratefully accepted help from her family and friends and was content with life.

She was born August 22, 1917 to Leslie and Eunice (Tait) Roycraft in the town of Lafayette. She lived her entire life in the Chippewa Falls area, graduated from Cadott High School as valedictorian and attended class reunions for decades with her classmates in July. For 33 years she worked at the Northern Center as an aide, and then as a cook. She was an active member of Trinity United Methodist Church. She sang with the choir and served the church faithfully in many areas, including helping in the kitchen, visiting shut-ins, and delivering flowers to members. She was an active member of United Methodist Women and hosted many events there.

Dorothy had a great group of friends who traveled together on an annual fishing trip to Canada. She loved to play cards and belonged to different card clubs over the years. She was a great cook and loved to bake, making wedding cakes for her grandchildren’s weddings, baby showers, and other special gatherings. She was always ready to hop in her car to attend all family events and brought food with her. She enjoyed gardening and filled her shelves with canned produce. We all have favorite dishes that she prepared for us.

A funeral service will be held at 11 a.m., Friday, April 12 at Trinity United Methodist Church, Chippewa Falls with Rev. Terri Koca officiating. Interment will be at Forest Hill Cemetery, Chippewa Falls at a later date.

To order memorial trees or send flowers to the family in memory of Dorothy Henneman, please visit our flower store.