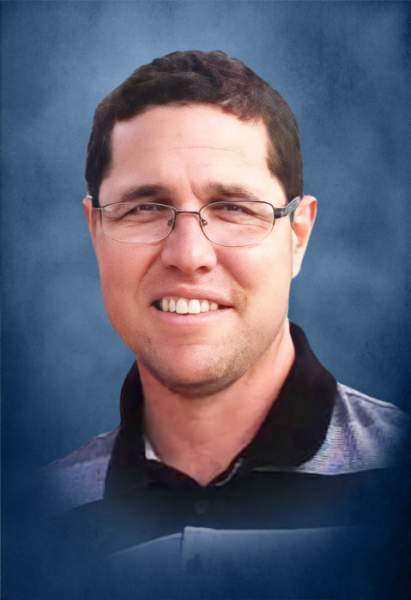 Doug was born on September 25, 1970, to James and Connie (Severson) Palmberg in Frederic WI. He graduated from Frederic High School with the class of 1988. While in school he participated in wrestling and baseball for several years. Douglas attended Marquette University earning a BS in Industrial Engineering in 1992.

Some of the places he worked at included Hutchinson Technology, Honeywell, PMI LLC, and FilmTech LLC.

Doug enjoyed spending time with his children and attending their extra-curricular activities, including baseball games, music concerts, dance recitals, and forensic events. He liked to go on amusement park rides with his brother, dad, and children. He also enjoyed doing yardwork, planting flowers, grilling out, and traveling. Doug spent several years volunteering at River Valley Community Church. He always enjoyed the camaraderie of working the dock for his brother when the ice came.

He had a soft heart towards animals and cared deeply about his pets, including Ben, Thumper, Belle, Carmel, Rose, and Cuddles. He was a loving father, son, and brother that will be missed by all who knew him.

Doug is survived by his children, Emma and Isaac Palmberg, and their mother, Heidi; mother, Connie Palmberg of Cameron; and brother, Rob (Deb) Palmberg of Holmen; along with many other loving relatives and friends.

He was preceded in death by his father, James Palmberg.

The funeral service will be at 11 a.m. on Tuesday, February 15, 2022, at Pederson-Volker Funeral Chapel, 44 E. Columbia Street, Chippewa Falls, with a visitation one hour prior to the service. Rev. Jim Opgenorth will be officiating. The interment will be in Prairie View Cemetery, Village of Lake Hallie.

In lieu of flowers, memorials are preferred to either Compassion International or an educational fund that will be setup for his children.

To order memorial trees or send flowers to the family in memory of Douglas Palmberg, please visit our flower store.