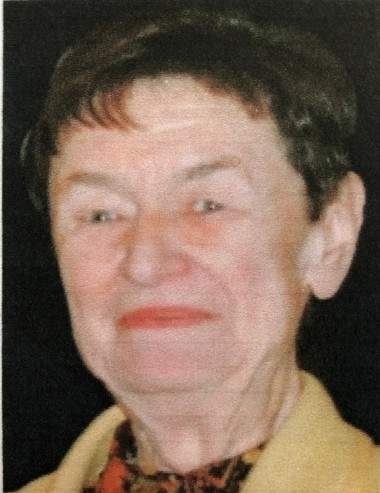 Dr. Grace L. Ostenso passed away on April 5 of severe breathing difficulties in the COVID-19 Unit at the Suburban Hospital near Washington, D.C.

She was 87 years old, was pre-deceased by her husband, Dr. Ned A. Ostenso, and was the daughter of Charles and Ruby Laudon, Tomah, WI.  She had been a long-time resident of Audubon Terrace N.W., Washington, DC, and was a current apartment resident at Maplewood Park Place in Bethesda, MD.

Dr. Ostenso was a 1954 graduate of the University of Wisconsin -Stout, completed a dietetic internship at the Peter Bent Brigham Hospital, in Boston, MA, went on to get her M.S. and Ph.D. degrees in Nutrition and Food Administration and teach for several years at the University of Wisconsin-Madison, was an Associate Editor at the Encyclopedia Britannica, joined the U.S. Department of Agriculture, Food and Nutrition Service, where she oversaw all school lunch programs, helped develop the Women, Infants and Children (WIC) nutrition program, and was involved with the Food Stamp program.  She joined the professional staff of the Committee on Science, Space and Technology, of the U.S. House of Representatives, and helped craft the National Science Foundation’s Supercomputers program and legislation to monitor the Nation’s nutrition related research. After a 16-year career, she retired as a Subcommittee Staff Director ((Subcommittee on Science) in 1995.

Subsequent to her Congressional career, Dr. Ostenso remained active in the field of nutrition serving as a science consultant to various agencies, including the U.S. Health and Human Services agency and the Giant Food Co., and serving on the Boards of Directors of the Academy of Nutrition and Dietetics and the Stout University. She also was awarded the Academy’s Leena Frances Memorial Lecture Award in 1986.  Dr. Ostenso established the Grace Laudon Ostenso Fellowship in Nutrition and Public Policy. The twice awarded Fellowship was advocated by one of Dr. Ostenso’s former students to recognize the importance of her years of public policy work in the field of nutrition.

To protect the health and safety of all, the funeral services will be held at a later date. Expressions of sympathy during this time can be left online at www.pedersonvolker.com.

To order memorial trees or send flowers to the family in memory of Dr. Grace Ostenso, please visit our flower store.