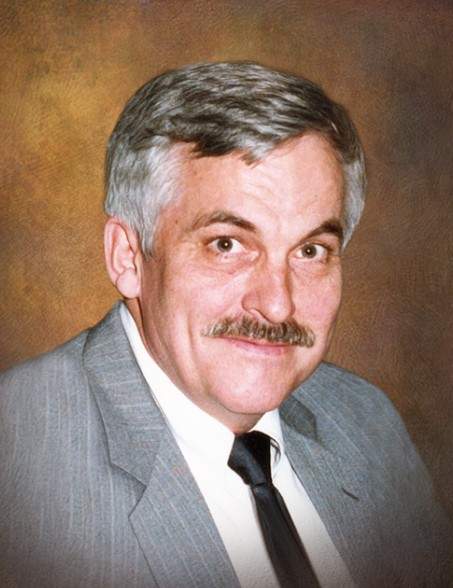 Interment with military honors will be held at 11:00 a.m., Friday, July 9 at the Northern Wisconsin Veterans Memorial Cemetery in Spooner. A lunch reception will follow at 1 p.m. at Lehman's Supper Club, 2911 S. Main St. in Rice Lake.

Duane Charles Beaudot came into this world at Stanley, Wisconsin at his first family home, in a blizzard on March 1, 1936.  He was born to Joe and Lillian (McConville) Beaudot.  He left this world for his heavenly home on Friday, November 27, 2020. He passed away peacefully at Our House Senior Living in Chippewa Falls under the wonderful care of many dedicated staff members.

He grew up in Stanley, WI and graduated from Stanley High School, class of 1955, where he excelled in football, basketball and track, and was also crowned prom king.

He was preceded in death by his parents; two brothers, Laroy and Milton; sister, Mary Jane; and two grandchildren, Benjamin and Ainslee Beaudot.

After high school, Duane joined the U.S. Navy and spent two years aboard the USS Rochester, cruising the Pacific.  After service, he was employed at Swift Company in So. St. Paul, MN.  He later joined the Cyrgus Co. Biological firm and the family relocated to Austin, MN where he became district manager for 30 years.

Duane and his wife Edna spent many exciting years attending all the sporting, musical and theater events of their children during their growing up years in Austin.  Duane also coached many of the children’s teams, including basketball and football.

Upon retirement in 1997, Duane and Edna found their new home on Lake Lipsett in Spooner, WI.  They traveled often to South Padre Island, Texas and often with good friends.  The lake was Duane’s love, from Navy to Captain of his pontoon, entertaining friends and family often.  His love of flowers and carpentry showed up at this new home.  He was driven to perfection on working at this the best he could, and he was very creative.

Duane is best known for those wonderful qualities, but mostly for his generous nature.  He was a true family man.  His family came first, and his love for them was proof.  He always sang on car trips and like his favorite singer, Frank Sinatra, he could honestly say, “I did it my way!”

Due to COVID, a private memorial mass was held.

Interment with military honors will be held at 11:00 a.m., Friday, July 9 at the Northern Wisconsin Veterans Memorial Cemetery in Spooner. A lunch reception will follow at 1 p.m. at Lehman's Supper Club, 2911 S. Main St. in Rice Lake.

The service will be live-streamed at 10:30 a.m., Thursday, December 3 at https://www.youtube.com/watch?v=l45lYWDQ99A and will also be webcasted on the funeral home website at www.pedersonvolker.com/obituary/Duane-Beaudot in case you cannot watch live.

Duane’s family would like to thank the St. Croix Hospice staff for their wonderful care, and to express their sincere gratitude to Jessica and her caring team at Our House.

In lieu of flowers, memorials are appreciated and may go to the charity of your choice in Duane’s honor.

To order memorial trees or send flowers to the family in memory of Duane Beaudot, please visit our flower store.