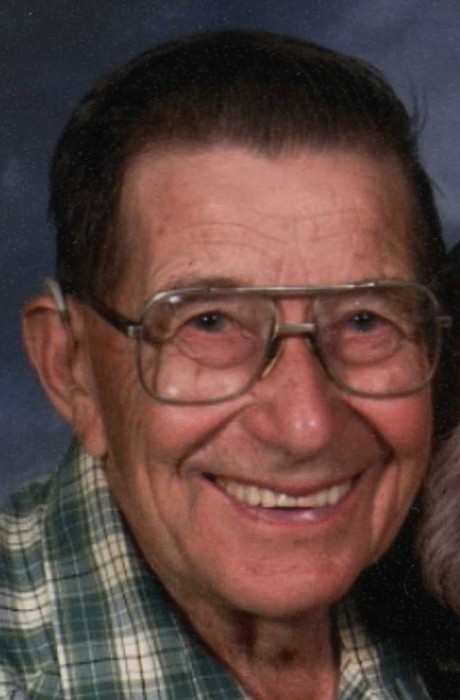 Earl L. Schick, 90, of Jim Falls, town of Eagle Point, died Friday, November 9, 2018 at his home while under the care his wife, Dawn and Heartland Hospice.

Earl married Cora Cheever and together they had nine children.  They later divorced.

Earl was self-employed most of his life.  He was in farming, logging and excavating.  He was known as “Midnight Earl” because he like working at night, or “Squirrely Earl” because he was always doing something.   He will be remembered for being a jokester, and quick-witted.  He enjoyed going to the casino and collecting John Deere toys.

A funeral service will be held at 12 p.m., Tuesday, November 13 at Pederson-Volker Funeral Chapel, Chippewa Falls with the Rev. Terri Koca officiating.  Interment will follow at Copp Cemetery, town of Anson.

Visitation will be two hours prior to the service Tuesday at the funeral chapel.

To order memorial trees or send flowers to the family in memory of Earl Schick, please visit our flower store.