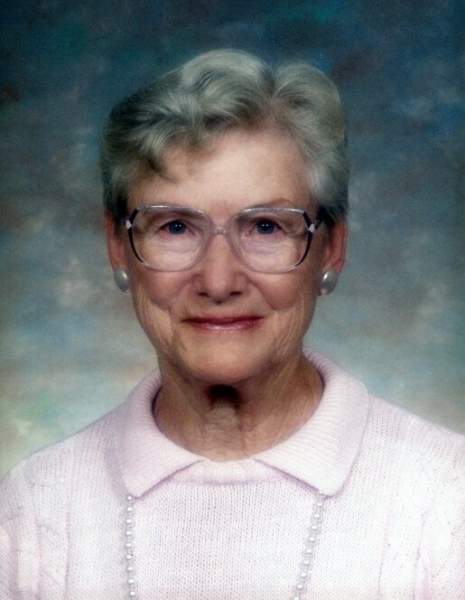 Edna was born in Webster, SD, on October 22, 1921, to John and Jeanette (McCarlson) Reckmo. She enjoyed bird watching & gardening. Edna was an accomplished pianist and enjoyed dancing, opera, and most other music. After retiring, Edna was extremely independent and loved traveling, living in Maui over the winter months, until the last couple years of her life.

As one of Cray Research’s first employees, Edna worked in administrative positions for most of her adult life. Her first full-time job at 17, was a stenographer and fashion model for a wholesale furrier. She held various secretarial jobs over the next few years and was working as a secretary at the New Brighton Defense Plant in MN, when she met her first husband, William Kuehl. They were married in 1942. When he returned from serving in the Army Air Corps during WWII, they settled in California with their son, Tom, who had been born in Minneapolis in 1946.

After her divorce in 1953, Edna moved back to Minneapolis with her son and worked as a clerk for the Minneapolis Public Schools for 9 years. During that period, she met Herman Bunn and they were married in 1957. He was transferred to Chippewa Falls in 1962, by his employer, Control Data, and Edna went to work as Seymour Cray’s secretary at Control Data’s Hallie Laboratory the same year, a position which she held for more than a decade.

In August 1972, when Seymour started Cray Research, Edna worked in the first offices in the old Tschopp-Durch-Camastral buildings at 419 High St. She was one of the companies first 10 employees and did everything from personnel to purchasing, with the title of Administrative Assistant. She continued to work for Seymour Cray, advancing to administrator and senior administrator. When he started work on the Cray 2 project, Edna was promoted to Assistant to Cray Research’s executive vice president, Les Davis.

In addition to her work on the Giving committee, Edna’s responsibilities include serving on the Cray Research Foundation Grants to Education, which emphasizes math, science and technology education. She also represented the Cray Foundation at the National MathCounts competition for junior high school students.

Although her community relations duties demand most of her time, Edna’s favorite work was writing the CRAY CHIPS newsletter, which she had published every week starting in 1983. It was distributed to more than 4,000 Cray employees in WI and MN and at many of the company’s sales offices in the United States and overseas.

She was preceded in death by her parents; her husband, Herman in 1979; stepdaughter, Mary Lou Wangen; brother, John Reckmo; and sister, Helen Rykken.

The funeral service will be at 11 a.m. on Thursday, December 3, 2020, at Pederson-Volker Funeral Chapel, 44 E. Columbia St., Chippewa Falls, with a visitation one hour prior the service at the chapel. Rev. Aaron Sturgis of Central Lutheran Church will be officiating. The interment will be in Forest Hill Cemetery, Chippewa Falls. Live stream will be available on Edna’s obituary page https://www.pedersonvolker.com/obituary/Edna-Bunn

Due to COVID-19, masks are required.

To order memorial trees or send flowers to the family in memory of Edna Bunn, please visit our flower store.