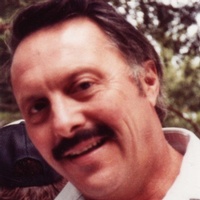 Ed was born to Edward and Josephine (Erpenbach) in Eau Claire, WI, on May 16, 1936. He graduated from Regis High School in 1954, worked on the family farm in Wheaton before going on to work at Uniroyal for 25 years. In retirement, he resided at his lake cabin on Chain Lake near New Auburn. Ed was a member of the Civil Air Patrol and pilot in his early years. He was a lifelong hunter, fisherman, enjoyed four-wheeling, snowmobiling, the Packers and a cold beer.

Edward is survived by his son, Wayne (Kathy) Chenier, of Ashland, WI; his daughter, Stacey (Scott) McKinney of Cable, WI; five grandchildren, Mitchell Haley, Hunter Chenier, Kennedy McKinney, Olivia Chenier & Cameron McKinney; the mother of his children and former wife of 26 years, Sharon Bridges (Sokup). Ed is also survived by his special friend of many years, Lois Pichler. He was preceded in death by his parents.

The visitation will be from 4 p.m. to 5 p.m. on Friday, August 31, 2018 at Pederson-Volker Funeral Chapel, 44 East Columbia Street, Chippewa Falls. Interment will be in St. Patrick’s Cemetery, Eau Claire.

To order memorial trees or send flowers to the family in memory of Edward Chenier, please visit our flower store.