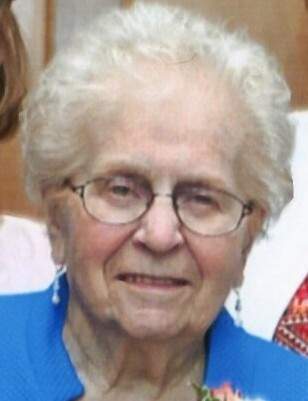 She was born January 13, 1929 in Argyle, Minnesota to Georgianne (Hebert) and Albert Deschene. She was raised in the Argyle area and graduated from Argyle High School in 1947.

Elizabeth married Richard Kleinvachter on Nov. 20, 1950, at St. Rose of Lima Catholic Church in Argyle.  They resided in Chippewa Falls where they owned and operated the Naborhood Bakery on Bridge Street from 1963 until their retirement in 1994.

Liz enjoyed playing cards and other games.  She was a member of St. Charles Catholic Church in Chippewa Falls.

A graveside service will be held at 11:30 a.m., Monday, November 2 at Forest Hill Cemetery, Chippewa Falls with Msgr. Michael Gorman officiating.  A celebration of life will be held at a later date to honor and remember Liz.

The family would like to thank the staff at Lake Hallie Memory Care and St. Joseph’s Hospice.

To order memorial trees or send flowers to the family in memory of Elizabeth Kleinvachter, please visit our flower store.