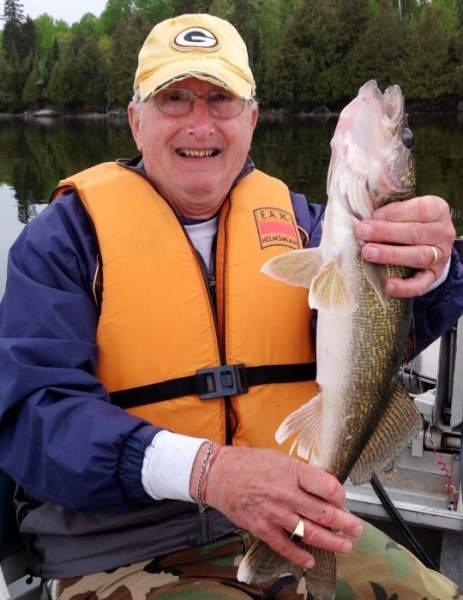 A kind and thoughtful person, Emmett A. Keller, age 85, died Monday, February 10, 2020, at Sacred Heart Hospital in Eau Claire after a sudden decline in his health.  He was born in Cochrane, Wis., January 7, 1935, to Oliver and Esther (Bade) Keller.  He graduated from Cochrane High School in 1952 and continued his education at Winona State and UW – Madison, obtaining an M.S. in Education in 1963.

Emmett taught at Milltown and Shell Lake and also served in the U.S. Army National Guard from 1956-1963, including active duty during the Berlin Crisis.

On September 2, 1961, he married Anne Adams in Sheboygan. They resided in Madison for three years and then moved to Chippewa Falls in 1964, where they became members of Central Lutheran Church.   He was a guidance counselor at Chi-Hi for 30 years, also serving as President of the NWEA and helping build the Chippewa Falls School Foundation. He volunteered many hours at Luther Park and the hockey rink and enjoyed attending community events.

Emmett had many interests, including fishing, model railroading, and wood carving.  He especially enjoyed meeting with his coffee friends and Tuesday morning teacher buddies. He travelled to Germany and Switzerland and to most states, including Alaska. Fishing on the Mississippi River, Lake Michigan, and Eagle Lake in Ontario were special outdoor activities for him, along with deer hunting in the hills of Buffalo County.

He is preceded in death by his parents, son Paul, brother Leigh, nephew Tom, parents-in-law George and Blanche Adams, and sisters-in-law Alethea Keller and Violet Keller.

Emmett is survived by his wife, Anne, daughter Sarah (Frank) Hoefflin and grandchildren Christoph and Annikka, of Baden, Switzerland, older brother David Keller of Cochrane, sisters-in-law Alice Keller and Patricia Baas, and brother-in-law Richard (Diane) Adams. Emmett loved his nieces and nephews: Katherine, Dan, Steve (Susan), Mike (Paula), Jim and John Keller, Amy (Jeff Mehne) and Dan (Jen) Adams, and Wendy (Mike) Knowles. He enjoyed spending time with them, their spouses and children, and his many good friends. He was thankful to have Doctors Ippel and Steinmetz taking care of his medical needs.

Visitation will be held from 4:00-7:00 p.m. Tuesday, February 18, at Central Lutheran Church and one hour prior to the service.

The memorial service will take place Wednesday, February 19, at 11:00 a.m. at Central Lutheran Church, Chippewa Falls, with Rev. Aaron Sturgis officiating. Burial will be at Buffalo City Cemetery, near Cochrane, at a later date.

Memorials may be directed to Central Lutheran Church, Luther Park, Irvine Park or the Paul Keller Memorial of the CFAUSD Foundation.

To order memorial trees or send flowers to the family in memory of Emmett Keller, please visit our flower store.