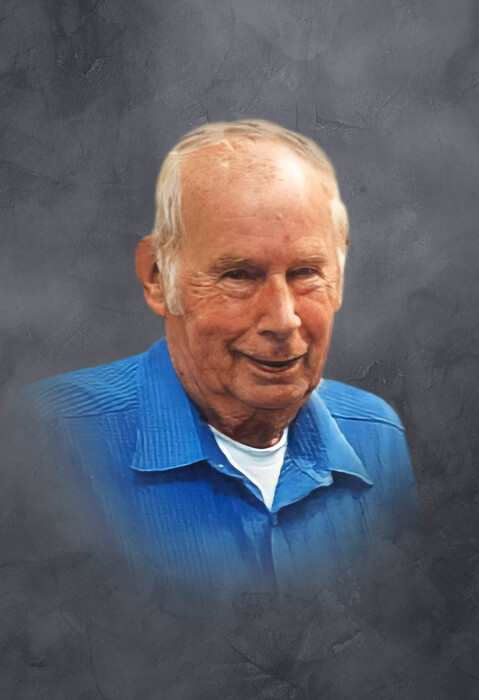 Eugene Earl Engel, 88, of Chippewa Falls, died peacefully at home under the care of his family on Saturday, April 24, 2021. The family is most grateful for the support they received from St. Joseph Home Healthcare and Hospice.

Eugene was born on March 22, 1933, a son of Raymond and Evelyn (Peterson) Engel. Eugene, or Gene to most, grew up on a dairy farm with his four brothers in the town of Wheaton. He attended Sunnyside School and graduated in 1951, from Chippewa Falls Senior High School. He learned early what hard work entailed. At the age of 8, he was often found riding along in the milk truck with his close buddy and mentor, Bob Goulet, who taught him all about milk hauling. His passion was in the milk route business from the start and claimed he was in it for 65 years. At the age of 18, he bought his first canned milk route, only to sell it a year later to enlist in the US Army as a paratrooper. On New Year’s Eve in 1953, while home on leave he married his sweetheart, Beverly Hagestad, whom he’d met earlier on a blind date. They were married for nearly 50 years before Bev’s passing in 2003. Together they raised 5 children. After serving, Gene bought another milk route and later switched from canned to bulk trucks hauling to Falls Dairy, and later to AMPI, in Jim Falls. Gene was known to work 7 days a week, several years at a time, without a day off. When he wasn’t working, he enjoyed playing cards with family and friends, taking day trips, visiting his children, and even square dancing with Bev for a period of time. He had to ease into retirement, but when he did, Gene enjoyed traveling south with Bev and wintering in Arizona with family and friends for several years.

Gene was a quiet, soft spoken man who was notably generous, humble, and kind. Although he was a man of fewer words, he had a knack for making you laugh and feeling welcomed. Gene was a tidy man and meticulous about how he kept his trucks, garage, home and yard. His famous saying was, “You have to keep moving, or you’ll stop”. Gene looked forward to meeting up each week for the “breakfast club” with his brothers, cousins, and childhood Wheaton friends. It was a given that you didn’t make appointments on a Monday morning, or you’d miss out on the fun. Gene was most proud of his family, his grandchildren, and his “little ponderosa on the prairie”.

The memorial service will be at 11 a.m. on Saturday, May 8, 2021 at Pederson-Volker Funeral Chapel, 44 E. Columbia St., Chippewa Falls, with a visitation one hour prior to the service at the chapel. Rev. Greg Stenzel will be officiating. Interment will be in Prairie View Cemetery, Village of Lake Hallie with Military Honors conducted by the Chippewa Falls Patriotic Council.

To help protect the safety of all attending the services, facemasks are encouraged.

To order memorial trees or send flowers to the family in memory of Eugene Engel, please visit our flower store.