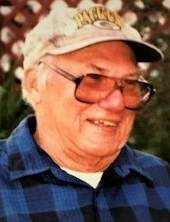 Floyd served in the U.S. Army from 1953 until his honorable discharge in 1955.  He then attended and graduated from the Eau Claire Vocational School in 1958.  Floyd worked for Lakeside Aluminum and Ford Motors in Menomonie, Johnson Manufacturing in Chippewa Falls and then Uniroyal in Eau Claire until his retirement in 1992.

He enjoyed spending time at his lake property in New Auburn.  Floyd was a master at fixing or building almost anything and when he did, it was made to last.

He was preceded in death by his parents; a brother, LaVerne Tande; a sister, Marian Sylte; and his beloved black cat, Snowball.

A private family service for Floyd will be held in the spring.

Memorials are greatly appreciated and may go to the Chippewa County Humane Association.

To order memorial trees or send flowers to the family in memory of Floyd Tande, please visit our flower store.