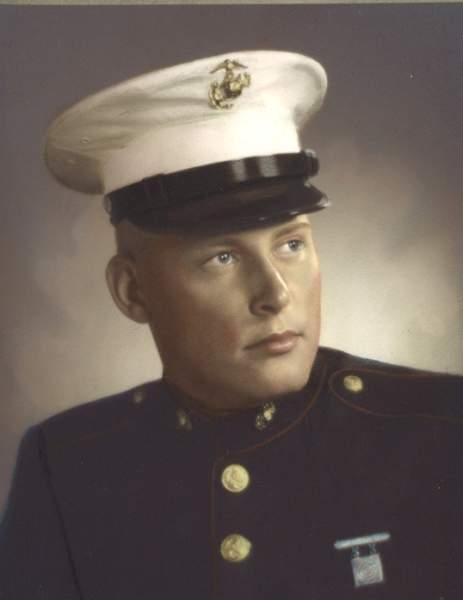 Frederick G. “Fred” Kuss, 75, of Chippewa Falls, died peacefully on Thursday, March 17, 2022, at the Wisconsin Veterans Home at Chippewa Falls while under the care of St. Croix Hospice.

He graduated from Chippewa Falls High School in 1965 and earned his Bachelor of Science degree from the University of LaVerne.

On July 27, 1968, he married Roxanne Rooney at Notre Dame Church in Chippewa Falls.

In January of 1966, Fred enlisted in the US Marine Corps. He was commissioned as a 2nd Lieutenant in November of 1972. He retired from the Marine Corps with the rank of Major in February of 1986.  During his 20-year career he was stationed in Puerto Rico; New Haven, CT; Camp Lejeune, NC; Subic Bay, Philippines; Okinawa, Japan; and Quantico, VA. He earned various medals and commendations including The Meritorious Unit Commendation, Certificate of Commendation, and The Meritorious Service Medal. Most notably he served as a Military Liaison for the Ronald Reagan Inauguration.

Serving his country and community was a commitment from which Fred never strayed. Over the years he was active with the MOAA (Military Officers Association of America), American Legion Post #77, Chippewa Falls Elks Lodge #1326, and served on multiple boards including the Chippewa Falls Main Street Association, Community Foundation of Chippewa County, and Wisconsin Veterans Home at Chippewa Falls.

He was preceded in death by his parents; sisters, Lois (Bill) Gunderson and Janice (Jim) Baird; and granddaughter, Layne Marie Kuss.

Visitation will be from 4 to 7 p.m., Tuesday, March 22 at Pederson-Volker Funeral Chapel, Chippewa Falls with a Prayer Vigil at 6:15 p.m. Visitation will also begin at 10 a.m. at the church on Wednesday.

Following the service, a recording of the Mass will be available to view on this webpage.

The family would like to thank the skilled and compassionate staff of the Wisconsin Veterans Home at Chippewa Falls for their support and care for Fred.

To order memorial trees or send flowers to the family in memory of Frederick Kuss, please visit our flower store.