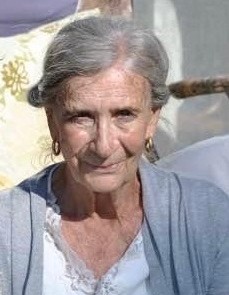 She was born June 11, 1941, in Queens Village, NY to Roderick and Violet (Fenty) Riddle.  She grew up in Queens Village and attended nursing school at Methodist Hospital in New York before travelling the world with her military husband.

In 1990, Gail moved to Chippewa Falls where she worked as a nurse at Wissota Lakeside, Cornell Area Care Center and most recently at Chippewa Manor until her retirement in 2014.

She was preceded in death by her parents; two sisters; and one brother-in-law.

A funeral service will be held at 2 p.m., Monday, November 15 at Pederson-Volker Funeral Chapel, Chippewa Falls with Pastor Troy Solava officiating.  Visitation will begin at 1 p.m. Monday at the funeral home.

To order memorial trees or send flowers to the family in memory of Gail Stone, please visit our flower store.