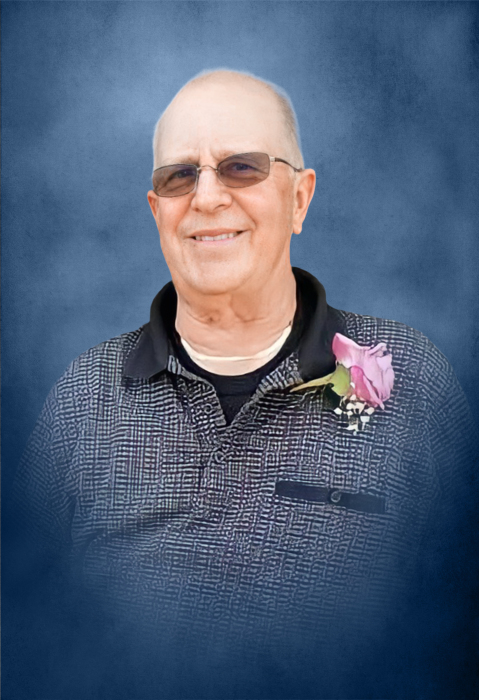 He grew up on the Blaeser farm (Highline Farm) in Wheaton. Gary graduated from Chippewa Falls High School with the class of 1963. He met Betty Swissdorf in 1997 and they have been together since. He and Betty married on December 22, 2019, in Eau Claire.

Gary worked at Chippewa Sausage and at Chippewa Rendering. He also cleaned boxcars for the Railroad. Gary spent 40 years in the sanitation industry. He started at Sanitary Disposal and worked managing operations during all the company mergers, until he retired from Advanced Disposal.

He loved animals and found himself volunteering at the Animal Shelter, finally working there as the Animal caregiver, also maintaining the yard. Blaeser Racing was his passion. He raced cars, motorcycles, boats, or anything with a motor and passed that passion onto his kids and grandkids…Four Generations Strong.

Most of all, Gary cherished the time spent with his family, especially his kids and grandkids. He was a kindhearted and loving man that will be missed by all who knew him.

He was preceded in death by his parents, Floyd & Joyce Blaeser.

The Funeral Service will be held at 11 a.m. on Monday, August 9, 2021, at Pederson-Volker Funeral Chapel, Chippewa Falls, with a visitation one hour prior the service at the chapel. Pastor Matt Labbe will be officiating.

To order memorial trees or send flowers to the family in memory of Gary Blaeser, please visit our flower store.