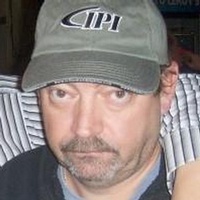 He was born June 4, 1957 in Eau Claire to Jean (Pilhofer) and Donald Wellsandt. He grew up in Boyd and graduated from Stanley/Boyd High School in 1975.

Gary married Julie Ellis on October 16, 1982 at Central Lutheran Church in Chippewa Falls. Gary worked for nearly 40 years in the industrial chrome plating industry, with 31 + years at Indianhead Plating in Chippewa Falls. The staff there became his second family and he considered work his second home. He retired due to health issues.

Gary enjoyed spending time with his family, including his dogs, Brutus and Schroomer. Much to his wife’s dismay Gary also enjoyed listening to heavy metal music. Gary enjoyed fishing, and camping at Wolf's Den Resort.

He was preceded in death by his father; and a brother-in-law, Randy Ellis.

A celebration of Gary’s life will be held at a later date.

To order memorial trees or send flowers to the family in memory of Gary Wellsandt, please visit our flower store.