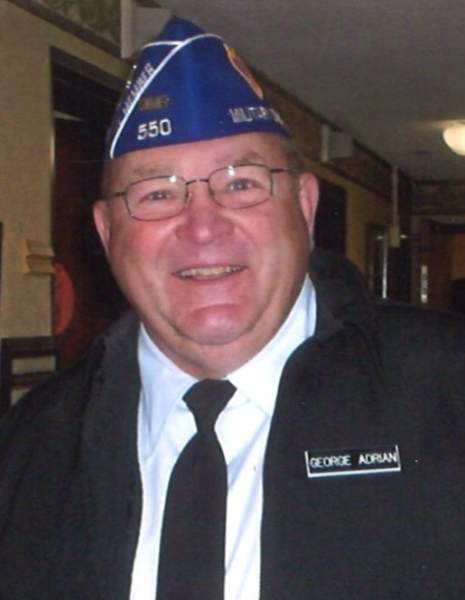 He was born April 1, 1949, in Chippewa Falls to Albert and Christian (Plonty) Adrian.

Not only did George proudly service his county, he served his community on the Chippewa Falls City Council Board for 5 years, and taught Hunter’s Safety for 25 years.

He was preceded in death by his parents; sister, Kathleen Mayer; and brother, Michael Adrian.

George was so proud of his grandchildren and enjoyed watching many of their sports activities.  They were the joy of his life.

A Memorial Service will be held at 1:30 p.m., Monday, June 14 at Pederson-Volker Funeral Chapel, Chippewa Falls with Fr. Robert Hoekstra officiating. Military Honors will be conducted by the Chippewa Falls Patriotic Council following the service.

Interment will be at a later date at Northern WI Veterans Memorial Cemetery, Spooner, WI.

Memorials are preferred and will be donated to various veterans’ organizations and the CF Patriotic Council of which George was so proud to have served on.

A special thank you to our family and friends, especially Lyle Adrian, Jeff Bowe, Linda Turek and Charlie Cyr for all the rides to the VA.

To order memorial trees or send flowers to the family in memory of George Adrian, please visit our flower store.