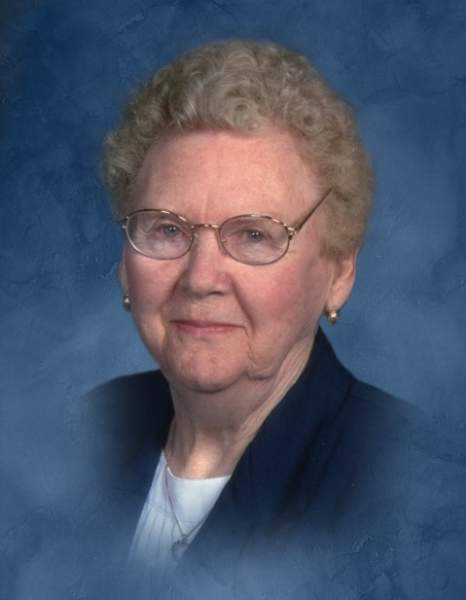 She was born in 1922, the daughter of Andrew and Stella Shervey. She married Emil Gerber on February 7, 1942. They farmed in the Town of Arthur until November 1955, when they moved to Jim Falls. In 2002 they moved to Chippewa Falls.

She was a very loving and kind mother and grandmother. She enjoyed visiting with family and friends, cooking, baking, playing cards, reading and flowers. In 2006 she traveled to Norway where she visited with her cousins.

Gertrude is survived by her three daughters; five grandchildren; and six great-grandchildren.

She was preceded in death by her parents; husband; brothers; and all of her brothers and sisters-in law.

A funeral service will be held at 11 a.m., Tuesday, January 14 at Faith Lutheran Church, Chippewa Falls with Rev. Dan Wonderly officiating. Interment will be at a later date at Cornell Cemetery in Cornell.

Visitation will begin at 10 a.m. Tuesday at church.

To order memorial trees or send flowers to the family in memory of Gertrude Gerber, please visit our flower store.