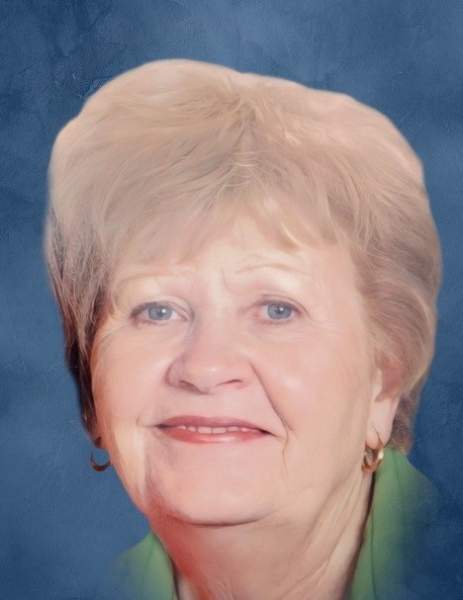 Ginger L. Blodgett, 87, of the Town of Wheaton, died Saturday, April 2, 2022, at Lake Hallie Memory Care surrounded by family and under the care of Mayo Clinic Home Health and Hospice.

Ginger was born October 20, 1934, in La Junta, CO to James and Betty (Boggs) Elliott. She grew up in Colorado and in September of 1952, she married John Siddons in Colorado Springs. They moved to Wisconsin, which proved to be quite a culture shock for Ginger! Together they had six children. They later divorced and Ginger remained in Eau Claire.

On February 28, 1976, she married Bernard Blodgett. They lived in Albertville where Ginger worked as a counselor and then as a homemaker. She was an avid quilter, baker, seamstress and hostess. She enjoyed shopping with her daughters and traveling with Bernie. They spent their winters in Wickenburg, AZ for over 20 years.

Ginger’s faith was the foundation of her life. She loved Jesus and studying The Word. She often opened her home for bible studies.

A funeral service will be held at 6 p.m., Thursday, April 7 at Pederson-Volker Funeral Chapel, Chippewa Falls with their close friend Pastor Rod Hackett of Arizona officiating. Private interment will be at Northern WI Veterans Memorial Cemetery, Spooner, WI at a later date.

Visitation will be held from 4 p.m. until the start of the service Thursday at the funeral home.

The family would like to thank the staff of Lake Hallie Memory Care and Mayo Home Health and Hospice for their wonderful care for Ginger, as well as her daughters, Ellen and Debbie, who cared for her at their home.

To order memorial trees or send flowers to the family in memory of Ginger Blodgett, please visit our flower store.