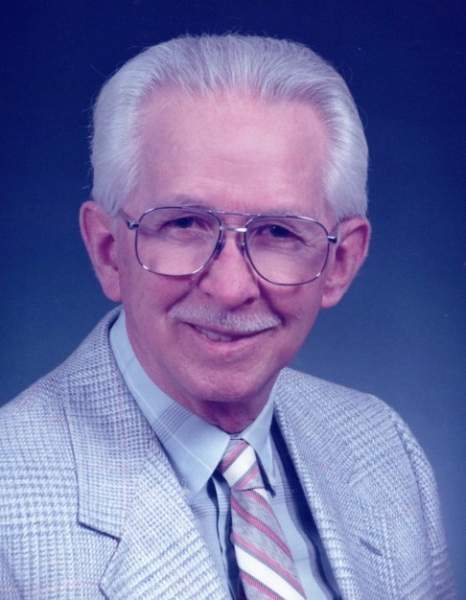 He was born July 30, 1923 at the family farm in the town of Eagle Point, the son of Ida P. (Gerber) and William C. Polzin.  He was baptized and confirmed at St. John’s Lutheran Church in Eagleton.  He attended school at the two-room Eagleton State Grade School and graduated from Chippewa Falls High School, class of 1941.

Following high school, Harold became a milk tester for the Eau Claire County Dairy Herd Association.  He was then employed as a herdsman for the Cloverbelt Farm in Jim Falls. With a new salary of $70.00 a month he was really living!

Harold was interested in airplanes at a young age and in his teens found a former military pilot to give him flying lessons.  He was certified to fly on a student permit after 8 hours of training for a mere $8.00 an hour.  At age 21, Harold bought his own plane, a Piper Cub J2, which he had found for sale in Kentucky.  He and a friend traveled on the “400” to Chicago, the “Kentuckian” and a Greyhound Bus to get there.  He paid $650.00 and flew his plane back to Chippewa Falls.

After getting kicked in the face by a horse Harold decided another line of work was in order so for 12 years he was the parts manager at Chippewa Valley Auto.  In his 40’s, Harold worked as a sheriff’s deputy for Chippewa County.  When WWII started, the federal government implemented the Civil Air Patrol, or the Air Force Auxiliary.  Harold met with the Wisconsin CAP Wing Commander and Air Force liaison officer. He applied for a charter and with their help set up the Chippewa Falls Unit. He was the CAP Squadron Commander for a number of years retiring as Lt. Colonel. While considered a civilian, he worked and met with Air Force officers regularly.

He was appointed Chippewa County Civil Defense Director responsible for the county’s safety, medical and food supplies in preparation for war.  Working with Motorola and pursuing grants with the Federal Government Harold was able to get a fully funded duplex radio system that was used by the Sheriff’s Department, County Highway and other departments. Harold later became the Chippewa County Zoning and Planning Director, retiring from that position in 1985.  While in that position he served as treasurer for the WI Regional County Zoning Administrators and the WI County Code Administrators.  In 1969 he received a letter from the Wisconsin Speaker of the Senate advising him he was appointed to be a member of the Senate Committee working on the Agricultural Act of 1970.  It turned out to be quite a learning experience.

Harold loved traveling, many a family vacation was spent driving through the U.S. and Canadian National Parks; one time even having a bear on the roof of our car!  He had a passion for photography and could be counted on to take pictures where ever he went.  He took that hobby to the next level by building a dark room in his basement to develop his pictures. By necessity he was a handyman; anything that needed to be done he could do.  He was a loyal Packer’s fan who looked forward to ‘hearing’ the game after Macular Degeneration affected his vision.  Another area of interest was weather which led him to work as a weather spotter for the National Weather Service.  Harold was a man of faith and integrity; his word was his bond. He was a member of Zion Lutheran Church of Chippewa Falls since 1952, serving in many positions and making lifelong friends.

The family would like to thank “Visiting Angels” and Chippewa County in-home nursing staff for their loving care and kindness.  A special thank you to Pastor Jones for his support while Dad was hospitalized; and to Brian for transporting Dad so he could continue worshipping and sharing fellowship with his Church family.

Visitation will be from 4-7 p.m. Friday, November 15 at Pederson-Volker Funeral Chapel, Chippewa Falls and one hour prior to the service Saturday at the church.

In lieu of flowers memorials may go to Zion Lutheran Church.

To order memorial trees or send flowers to the family in memory of Harold Polzin, please visit our flower store.