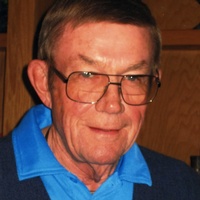 He was born on March 13, 1939, in Mason City, WA where his father was working on the Grand Coulee Dam. His parents were Irvin and Antonia Engebretson. The family moved to North Dakota and eventually settled in Fosston, MN. Irv graduated from Fosston High School in 1957 and Bemidji State University in 1961 with a degree in business/finance.

Following graduation he moved to the Twin Cities where he was employed by Montgomery Wards, Cargill, and Control Data. In 1968 he was transferred by Control Data to Chippewa Falls, WI. When Seymour Cray started Cray Research Inc. in 1972, Irv was one of the first employees and remained with the company until his retirement in 1994.

For years Irv was an avid trap shooter and he and Kay traveled to many shoots in WI and many other states. Following his retirement, golf became his passion and he could be seen “tooling” around Lake Hallie Golf Course in his Vikings cart. He and Kay enjoyed many golf vacations around the U.S. and spent many winters in Arizona golfing.

He was preceded in death by his parents; in-laws, Fred and Oddie Webb; daughter, Lori Hanna; and sister-in-law, Margaret Engebretson.

To order memorial trees or send flowers to the family in memory of Irvin Engebretson, please visit our flower store.