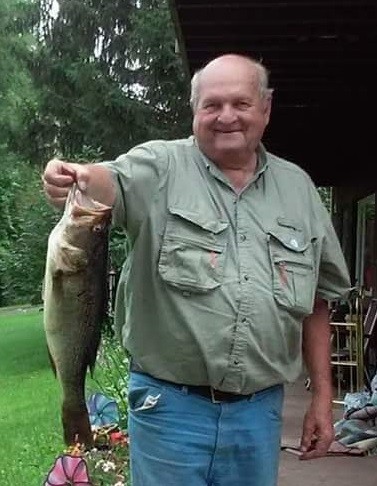 Jack was born September 3, 1941, in Wauwatosa, WI to Frank and Armetta (Hibbard) Wendt. His family moved to Eau Claire, where he graduated from Memorial High School. Following high school he served in the U.S. Navy until 1962.

On March 23, 1963 he married Ellen Mastin at North Presbyterian Church in Eau Claire. They moved to St. Croix County in the late 80’s and in 2010 moved back to Eau Claire. Jack worked as a mason with Bricklayers Union Local 19.

In 2010, Jack and Ellen moved to Lake Hallie. Jack enjoyed golfing, hunting, fishing trips with the boys to Canada, and spending time with his family, grandkids and church family.  He was an active member and helped build Bethel Church in Eau Claire.

Jack is survived by his wife of 57 years, Ellen; children, Michael of Cleveland, OH, John of Boyd, Jackie (Jamie) Bark of New Richmond, and Jeff of Northfield, MN; grandchildren, Tyler, Jack, Noah, Sally, Finn and Bo Wendt, and Maddie and Gabbie Bark, sister, Lorraine (Jim) DeWare; and many other relatives and friends.

He was preceded in death by his parents; and daughter-in-law, Tiffany Wendt.

A memorial service will be held at 5 p.m., Thursday, August 27 at Bethel Church, 2361 N Hastings Way, Eau Claire with Rev. Jeff Wendt officiating. Interment will be at a later date at Northern Wisconsin Veterans Memorial Cemetery.

Visitation will begin at 3 p.m. Thursday at the church.

To order memorial trees or send flowers to the family in memory of Jack Wendt, please visit our flower store.