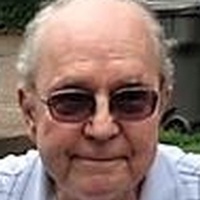 On March 5, 1955, Jim married Karen “Kay” Clark. They resided in Chippewa Falls and Jim worked for the Wisconsin Dept. of Transportation, Division of Highways for, according to Jim, 39.52 years! After retirement, he drove bus for Chippewa Trails Bus Company for many years. Kay preceded him in death on October 24, 1999.

On December 16, 2006, he married Ethel (Haas) Ciolkosz at Notre Dame in Chippewa Falls.

Jim enjoyed going fishing and to the casino. He was a longtime member of Faith Lutheran Church in Chippewa Falls; and a member of the Jim Falls Lions Club where he enjoyed working the annual Jim Falls Sturgeon Fest.

He was preceded in death by his parents and his wife, Kay.

A memorial service will be held at 11 a.m., Thursday, October 11 at Faith Lutheran Church, 733 Woodward Ave., Chippewa Falls with the Rev. Charles Yunghans officiating. Interment will be held at a later date at Cornell Cemetery.

Visitation will be one hour prior to the service Thursday at the church.

Faith Lutheran Church
To order memorial trees or send flowers to the family in memory of James Gessner, please visit our flower store.